A Bronze statue honoring the late Justice Ruth Bader Ginsburg will be unveiled in Brooklyn during Women’s History Month 2021.

The reveal will be done on March 15, on what would have been Justice Ginsburg’s 88th birthday. 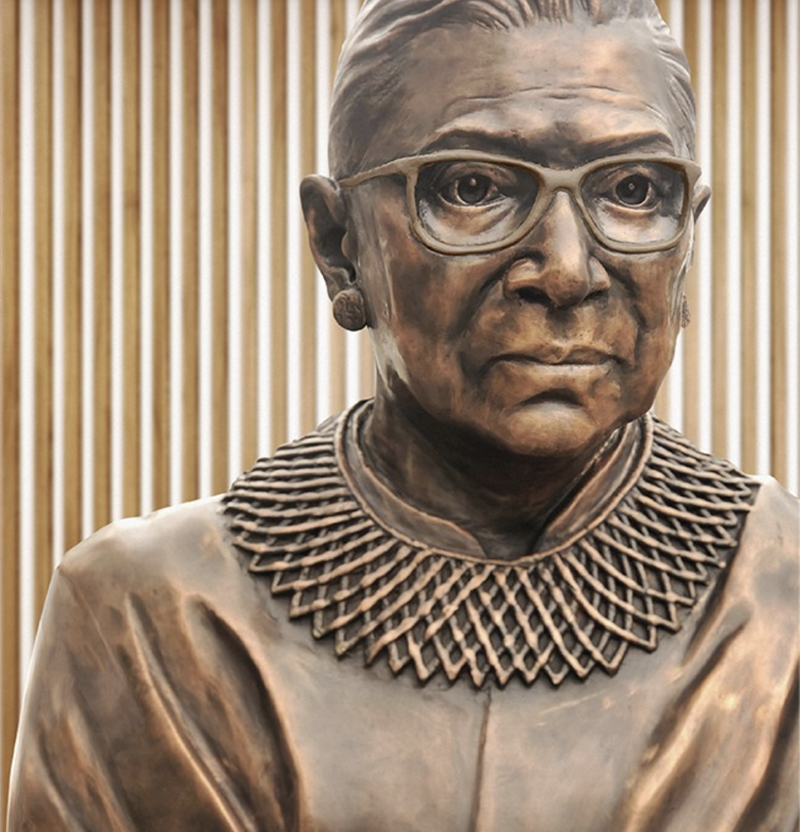 The unveiling will take place at City Point, a mixed-use development located at 445 Albee Square in Downtown Brooklyn, where the statue will be installed permanently.

"The final statue, which she endorsed, reflects her wish to be depicted in a dignified manner.” Gillie and Marc, the creators of the statue said.

"With the two steps on its large base representing the Supreme Court and the climb she made to get there, the work is designed to provide the public with an opportunity to stand at her side, and gain inspiration from her journey fighting for equal rights." 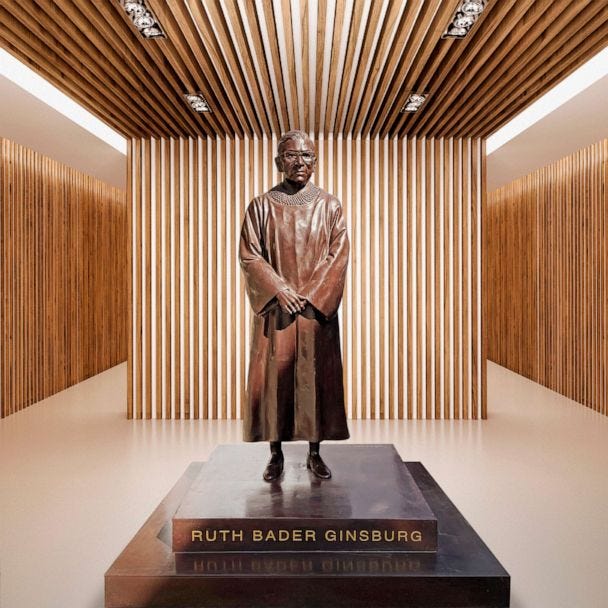 "No one can dispute the towering achievements of this judicial giant and the value of adding her likeness to the landscape of our city," Adams added. "There is nothing more fitting than to have the sculpture and, one of the most important buildings in our borough, the Brooklyn Municipal Building, named after this beloved trailblazer.

"We are pleased to champion these tributes to her commitment to justice, Brooklyn birthright, and enduring legacy."