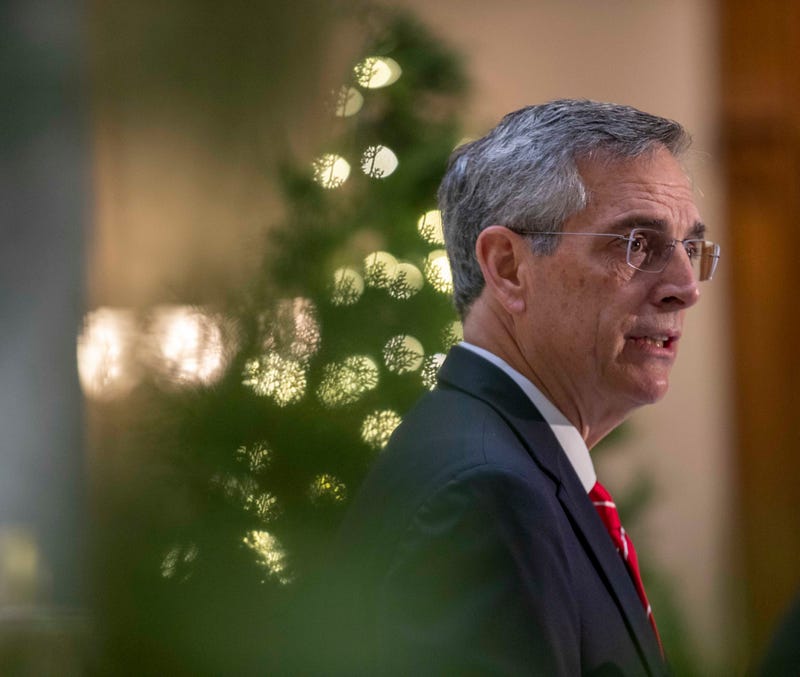 MARIETTA, Ga. (AP) — Election officials are investigating the actions of a Florida lawyer who they say tried to register to vote in a high-stakes runoff in Georgia that will decide control of the U.S. Senate. They say he was also captured on video urging other Floridians to do the same.

Moving to Georgia just to vote — with no intention of staying in the state afterward — can amount to a felony, Georgia Secretary of State Brad Raffensperger said in a statement Thursday announcing the investigation.

The lawyer went online and attempted to register to vote using the address of his brother in Hiram, Georgia, said Deidre Holden, the elections supervisor in Paulding County, Georgia. The system put his registration in a pending status because he didn't provide a Georgia driver's license number or other proof of address.

“This is not about Republican or Democrat — this is about doing what’s right,” Holden told The Associated Press on Thursday. “Everybody’s always screaming, ‘The elections are fraudulent.’ No, we’re trying to do our job.

“We can’t send this message that just because we’re mad that our candidate didn’t win, we can go out and throw an election. It just breaks my heart to see that our country has come to this.”

The Florida lawyer told WSB-TV that he was joking when he was captured on video speaking about the plan during a Nov. 7 political rally in the Sunshine State. He denied any wrongdoing.

Raffensperger has repeatedly said there was no evidence of widespread voter fraud in the November election.

But Holden said she’s interested in learning whether any other out-of-state residents tried to register in Georgia after being encouraged to do so at the Florida rally.