The night will be another crucial debate before Election Day, with just less than a month to go until voters hit the polls on (or mail ballots in by) Nov. 3.

Wednesday’s event will be the first time that Pence and Harris will go toe-to-toe on critical issues this election cycle.

Find out what to expect below when the two candidates meet on a stage. 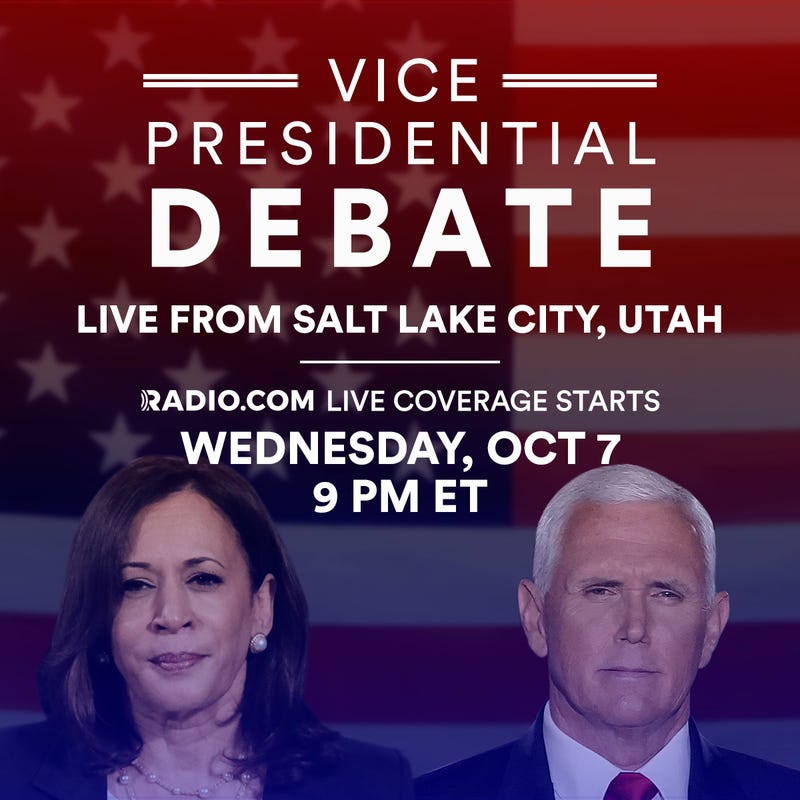 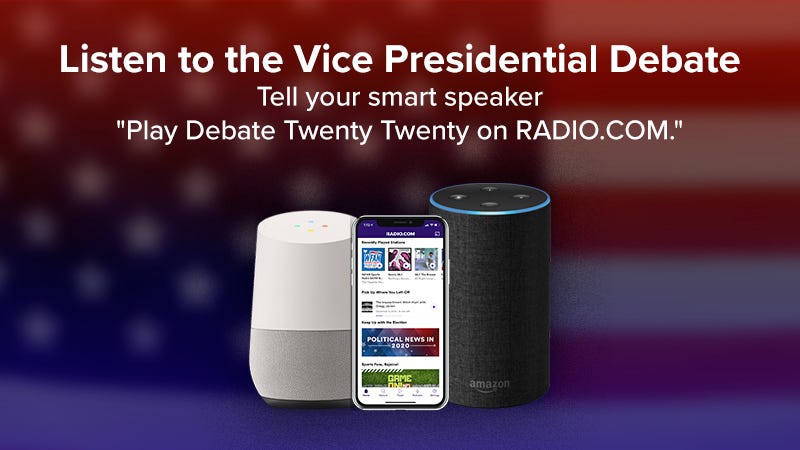 Tune in to listen or watch to the debate live on RADIO.COM or the RADIO.COM app.

Where is the 2020 Vice Presidential Debate taking place?

The debate will take place at the University of Utah in Salt Lake City, Utah. The moderator will be Susan Page, the Washington bureau chief of USA Today.

Harris and Pence will square off in Kingsbury Hall on the campus. According to the university, students will make up the live audience at the debate. The number of students who will be attendance is unknown.

What will be the format for the debate?

Nine segments around 10 minutes each. Page will open each segment with a question, to which each candidate has two minutes to respond. Page will then moderate a further discussion of each topic during the remaining time of each segment.

Social distancing measures: masks for everyone

On the night of the debate, Harris and Pence will be 12 feet apart instead of the original plan of 7 feet, Fox News reports.

The change was implemented after Biden’s campaign requested the change and it was approved by the Commission on Presidential Debates.

Shawn Wood, a debate host spokesman, shared that masks will be required for every person present in the debate room, other than Pence, Harris, and moderator Susan Page.

When asked if the candidates will be required to take an on-site COVID-19 test, Wood responded: “What I can say is we are requiring everyone to have a negative test before they enter the facilities, the debate hall, or the security perimeter.”

Last week, Shaun Wood confirmed to Fox News that the debate would continue despite President Trump’s positive test for COVID-19.

When the news broke, Pence had tested negative for the virus. The New York Times reported that Pence would participate in the debate with Harris and return campaigning with Trump.

Since Joe Biden and his wife Jill were near Trump at the debate, they both received a test and tested negative.

Both @DouglasEmhoff and I were tested for COVID-19 this morning and thankfully we tested negative. This virus is still very much active across our country, please continue to wear a mask and maintain social distancing.