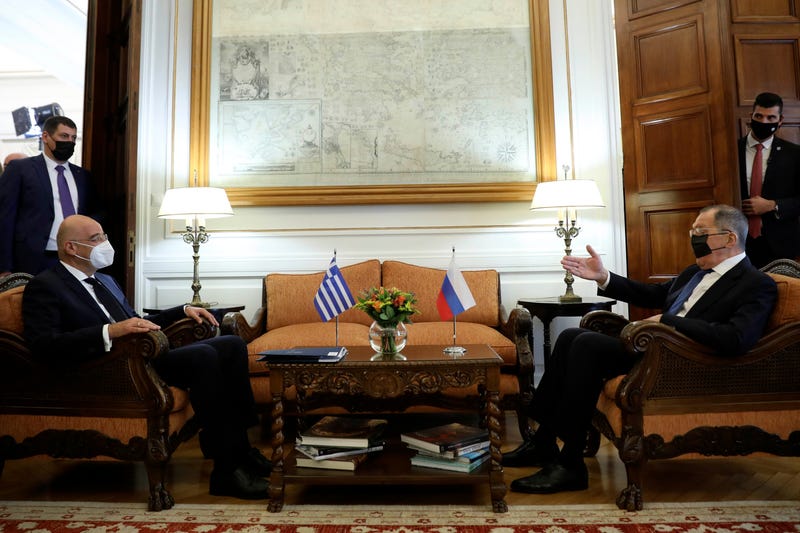 ATHENS, Greece (AP) — Greece on Monday denounced Turkey’s plans to carry out a maritime military exercise on Oct. 28, a Greek national holiday, announced hours after NATO’s secretary general said both countries had called off wargames on each other’s national holidays.

Greek government spokesman Stelios Petsas said Ankara’s move showed it was an “unreliable” partner when it comes to negotiations.

“Over the last few days, Turkey has been making a persistent effort to prove that not only is it a troublemaker in our wider region, but it is also a completely unreliable interlocutor,” Petsas said.

Neighbors and NATO allies Greece and Turkey have had often frosty relations through the years. Most recently they have been locked in a bitter dispute in over maritime boundaries and energy exploration rights in the eastern Mediterranean Sea.

Turkey has sent a seismic research vessel, the Oruc Reis, to prospect for energy reserves on the seabed in an area Greece that claims is on its own continental shelf and where it has exclusive economic rights. Turkey disputes the claim.

The spat has led to warships from the two sides facing off in the area, leading to fears of open conflict.

On Friday, NATO Secretary-General Jens Stoltenberg said both Greece and Turkey were canceling military exercises scheduled for this week on each other’s national holidays, and described the move as “steps in the right direction, they help reduce the risks of incidents and accidents.”

But Petsas said Monday that hours after that statement was made, Turkey issued a new maritime safety warning, known as a Navtex, announcing a military exercise during Greece’s Oct. 28 holiday.

The day marks the anniversary of Oct. 28, 1940, when Greece rejected an ultimatum by Italy to allow Axis forces to enter Greece, thus marking Greece’s official entry into World War II.

A Turkish official confirmed that Turkey and Greece mutually cancelled planned exercises for this week. The official said Turkey had also canceled another Navtex for live-fire exercises as a show of goodwill. However, a third notice for exercises on Oct. 28 and 29 was still in place.

The official provided the information on condition of anonymity in line with government protocol.

Both Dendias and Petsas said Turkey had issued a new Navtex for more research to be carried out in an area they said was over the Greek continental shelf.

“It is obvious that Turkey is investing in escalating tensions,” Dendias said after his meeting with Lavrov, adding he "made it clear that Greece is ready for all contingencies and has no choice but to defend its sovereignty and its sovereign rights.”

Lavrov said all disputes in the region should be "resolved in accordance with international law” and through dialogue.

Both Greece and Turkey have said they are willing to talk, although Greece has said it cannot do so while Turkey continues to prospect for energy reserves in areas claimed by Greece.

Dendias also raised the issue of the sale of weapons systems to Turkey with Lavrov. Last week, Athens called on European countries to halt military exports to Turkey, saying the equipment was being used as a destabilizing factor in the region.

Dendias said he expressed concern to Lavrov over “the particularly negative role Turkey is playing” in efforts to undermine successes against the Islamic State group, and accused Turkey of having become “a travel agency for jihadists, who are transported to various areas of problems in the region.”

Turkey has been accused of using Syrian mercenaries to boost parties it supports in conflicts in Libya and Nagorno-Karabakh.