By Bruce Levine, 670 The Score

(670 The Score) With the news of Joe Maddon's departure Sunday, the Cubs will soon formally begin the search for their next manager.

Maddon leaves behind a legacy that will be nearly impossible for his successor to match after leading the Cubs to their long-awaited championship in 2016. The next manager of the Cubs will inherit a team expected to undergo plenty of changes this offseason. The new leader will be expected to have a keen sense of analytics and how they influence daily game planning and decisions while also having a belief in his own instincts as well.

Let's break down some of the prime candidates to replace Maddon. 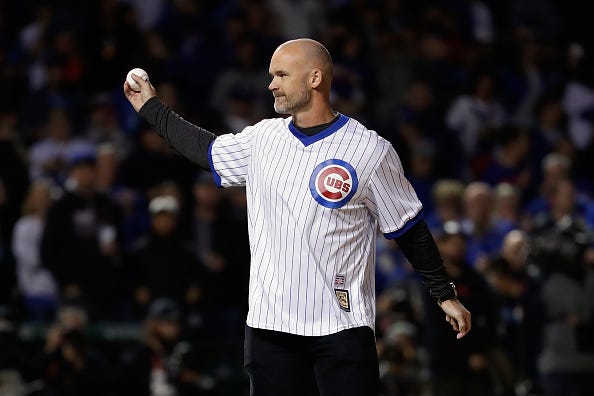 Ross, 42, will have a leg up on most of the other first-time managerial candidates who are considered. A 15-year MLB veteran, Ross is currently a special assistant in baseball operations for the Cubs while also working as an ESPN broadcaster. He was a backup catcher and key member on the 2016 Cubs' championship team who would have instant credibility with the players.

Ross has some of the same qualities that Maddon was known for, particularly in that he's a strong communicator. What's different is he can also display tough love, which is appealing to some in the Cubs organization who felt that players became too complacent under Maddon's laidback approach. Ross will need help with X's and O's component, as the game can speed up for first-time managers. His catching background gives him an understanding of what he wants from his pitchers and pitching coach. Ross is a clear-cut favorite -- should he want the job.

Loretta, 48, just spent his first season as the Cubs' bench coach after previously working in the Padres' front office. Loretta has a strong relationship with Cubs executives Jed Hoyer and Jason McLeod from their shared days in San Diego, which is why Hoyer reached out to him last winter about the job in Chicago.

Given his background, Loretta has a firm understanding of how front offices operate and what they want to see. Loretta has also grown in learning how Maddon communicated with his players and trusted them. Loretta managed the Israeli national team in qualifying round action for the 2013 World Baseball Classic. Loretta had a 15-year MLB career as an infielder after attending Northwestern. 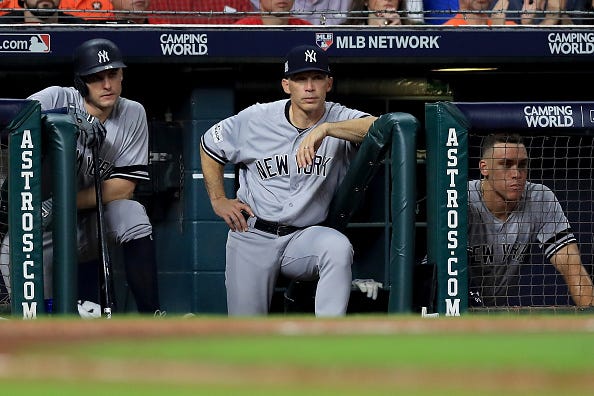 Girardi played for the Cubs in seven of his 15 seasons as a big league catcher. He's a Peoria native whom the Cubs drafted out of Northwestern in the fifth round of the amateur draft in 1986.

Girardi blends an old-school style that he learned from Joe Torre and Don Zimmer with a firm understanding of analytics in the modern game. He's tough on players and honest with them. There would be no optional batting practice with Girardi at the helm, as there was under Maddon. Girardi was chosen to manage Team USA in the qualifying rounds leading up to the 2020 Olympics in Tokyo.

DeRosa, 44, was asked to be on Maddon's coaching staff for 2019 but declined, sources said. He also played for the Cubs for two of his 16 seasons as a big league infielder and outfielder, helping lead Chicago to back-to-back NL Central crowns in 2007 and 2008.

Energy and positivity are calling cards of DeRosa, who's an analyst for MLB Network, which pays him a sizable salary. If the Cubs were to hire DeRosa as manager, they'd do so with the blueprint of the Yankees in mind. New York hired Aaron Boone out of the media business, and he has led the Yankees to great success in his first two seasons.