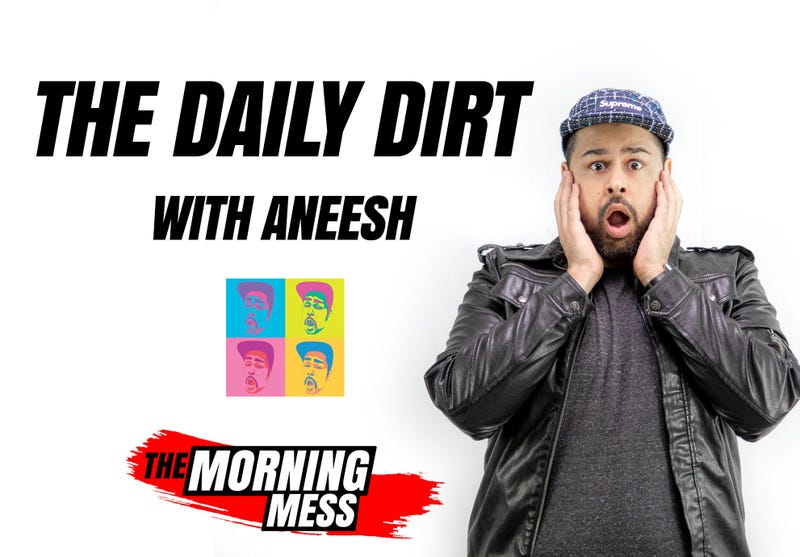 Yesterday, The Grammys announced nominations for the upcoming award show! Super excited for Beyoncé who is the leading female in nominations as well as Trevor Noah who will be hosting.

But The Weeknd is NOT having it with the Grammys and I completely understand where he’s coming from.

After having a very successful year with his latest album to the point that he’s been chosen to be next year's Halftime Show performer at the Big Game - it was shocking to see that with the Grammy Nomination announcement yesterday, The Weeknd was not given a single nomination.

The Weeknd took to social media to call out the Grammys demanding answers because honestly, even I’m confused. Blinding Lights alone should’ve given him at least 3 nominations.

But according to my sources, the Grammys weren’t too happy about The Weeknd being the Halftime Show performer because that meant that he had to turn down performing at the Grammys. And my sources are telling me The Weeknd is fully aware of this and that’s why he is calling them out and demanding public answers.

Now let’s talk more about this COVID vaccine honey. We’ve discussed that we could be seeing this vaccine come through as early as next month and the news has traveled fast.

So much so that travel bookings have skyrocketed.

Travel companies like TripAdvisor saw a 65% increase in website traffic since the vaccine announcement this week and honestly - I’m one of them. I already applied to get my passport a couple weeks ago and now that we could be getting this vaccine, I’m completely ready to get out the house.

The big surprise to me is that it’s not just TripAdvisor that saw a spike - companies like Cruise Brothers saw a huge increase in interest and said there’s only one place people are not trying to travel to once the pandemic is over.

You guys have any guesses?

Antarctica. Other than that, all these travel companies are saying everybody is trying to go everywhere and I’m just continuing to get more and more and more excited for life to come back to normal after we get this vaccine.

You know what else I was excited for? The Chappelle Show being available on Netflix and HBO Max for streaming.

And it was there, it was brought to the streaming service recently but now it’s already gone. Per Dave Chappelle’s request.

Chappelle posted on social media that anyone that watches his show on these streaming services is stealing from him because he doesn’t make a penny of the show anymore.

Chappelle went into detail in the video admitting that he was young and desperate at the time of signing his contract when The Chappelle Show was being made back in the day. He infamously walked away from the show at the height of its popularity and is doubling down that this is why.

Because he doesn’t make any money from it, he’s asked fans to boycott his own show. This caused such a frenzy that Netflix has removed the show from its service entirely. And as of this morning when I checked, the show was still on HBO Max.

Regardless there still is hope - Chappelle is publicly calling on ViacomCBS who owns Comedy Central to negotiate something new with him to make him and his fans happy with the show coming back to streaming.

Justin Bieber speaks on how happy he is for his nominations but is wondering why his music isn't being acknowledged as R&B.