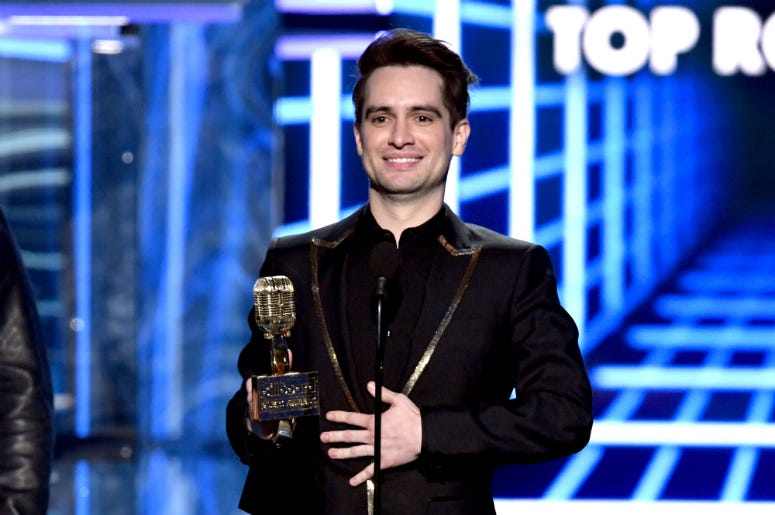 A Panic! At the Disco fan received a wedding surprise from one of her favorite singers.

Erica Veon didn’t have high hopes when she decided to send a wedding invitation to Brendon Urie, but she was thinking maybe she could get an autograph as a gift. Erica told Urie how she has been a fan for more than a decade and how much his music meant to her… and he replied!

Erica received Urie’s signature on the response card, along with a “decline” for the wedding. One out of two isn’t bad and we’re guessing she’ll take it.

Sent this wedding invitation w/ no expectations of him coming, but wrote a little letter about being a fan since '05, how much his music means to me & how amazing an autograph would be as a wedding gift & YOU GUYS! Thank you🥰 @brendonurie @PanicAtTheDisco #brendonurie @AltPress pic.twitter.com/JeDlMpQyh3

Panic! at the Disco is featured on the new soundtrack for “Frozen 2.” Urie reworked Idina Menzel’s “Into the Unknown” for the end credits. The song is one of three that have been reimagined by popular artists - Weezer performs “Lost in the Woods,” while Kacey Musgraves takes on “All is Found.”