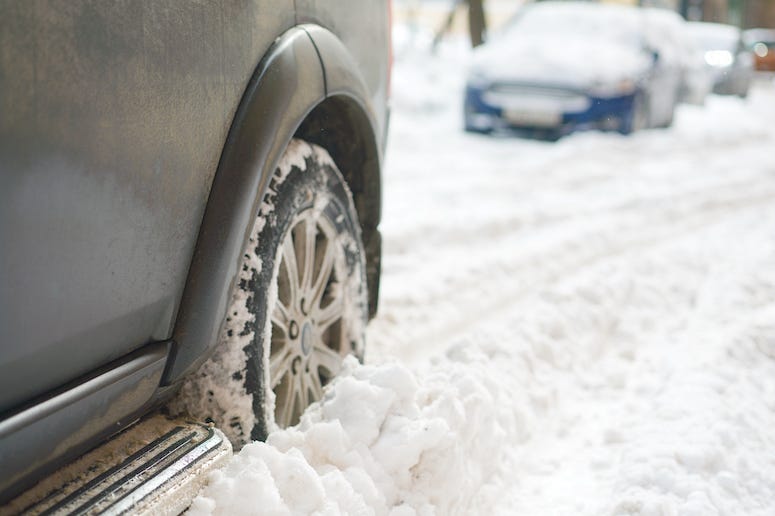 A porch pirate in Canada was caught in the act swiping a package off someone's porch Monday afternoon, and tried to quickly get away from the residence in his Toyota Yaris.

Unfortunately, he probably should've attached some snow tires to the vehicle because as he was backing away from the home, his car got stuck on a snow bank, leaving his front tire just spinning endlessly as the vehicle just remains stagnant.

The car apparently has front wheel drive, so if those front wheels weren't touching the ground, it wouldn't go anywhere. And this was proven when further video shows police surrounding the vehicle, eventually arresting the 33-year-old thief.

Peel Police ended up arresting a 33-year-old Brampton man after he failed to get away from the scene of his attempted package theft - 📹 Straight Outta The 6ix https://t.co/bNbIS4XUVy #PeelPolice #Brampton #Ontario #PorchPirate pic.twitter.com/jDVsNOBcrc