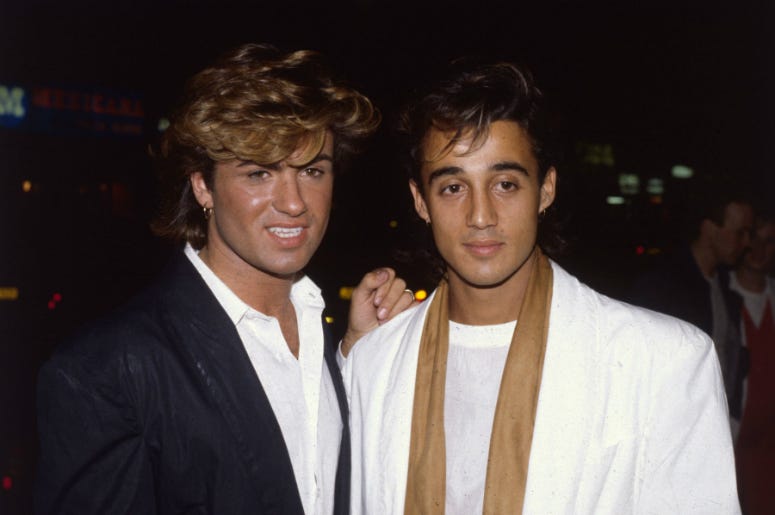 Wham! is bringing its Christmas past into the present with a new 4k restoration of the video for their holiday favorite “Last Christmas.”

According to a 35th anniversary “behind the video” feature that was shared simultaneously, the duo of George Michael and Andrew Ridgeley, along with director Andy Morahan, aimed for a snowy environment to give the clip an authentic Christmas vibe.

The video was filmed in 1984 at a Swiss resort and features Michael, Ridgeley and others as friends on a wintry getaway during the holiday season.

“It really is a bunch of mates having a fun time and has an element of home movie to it, which gives it wonderful character,” Morahan said.

“George had an amazing sense of humor,” actress Kathy Hill said. “There’s a scene when we’re walking up the hill and every time we went up he just fell down, so every time I burst into laughter.”

It wasn’t all fun and games though. A scene that involved cable cars went wrong when the vehicles broke down, stranding the cast in mid-air for about 20 minutes. Another scene was filmed in a vacant apartment that wasn’t heated.

After the video shoot, Michael went straight to the airport to head to the Band Aid session for “Do They Know It’s Christmas” – another of the most beloved 80s Christmas songs.

“Last Christmas” was the inspiration for the new holiday movie of the same name starring Emilia Clarke. The film features Michael’s music – from classic songs like “Freedom” to his first posthumous single “This is How (We Want You to Get High.)”