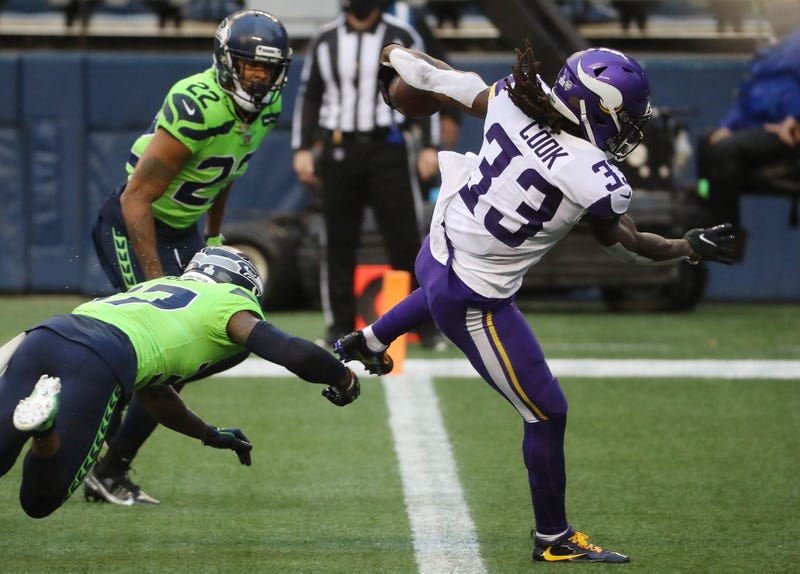 No matter who you root for on the field you hate to see anyone get injured and after yesterday's game when I saw Cowboys QB Dak Prescott fighting back tears as he rode off the field I said to my husband, "They should really just wear flags. It would still be so much fun."

He pulled out his iPad and showed me two plays and said, "This is what's fun about tackle football:"

I have to admit, this is fun to watch. And I watched it like 5 times. Then he showed me this play, which I also watched several times. They call it Beast Quake (which I kind of love)  because the Seattle fans (who are apparently known for making noise) went so nuts the stadium shook.

It's incredible the way Marshawn Lynch gets away, especially when he just pushes one guy right out of his way. I get it. It's exciting. And wearing flags would not be as fun, but I do wish the game could be altered to make it safer. When Joe Namath was struffling with his knees, the players were careful not to bring him down hard. I'd love to see more of that.