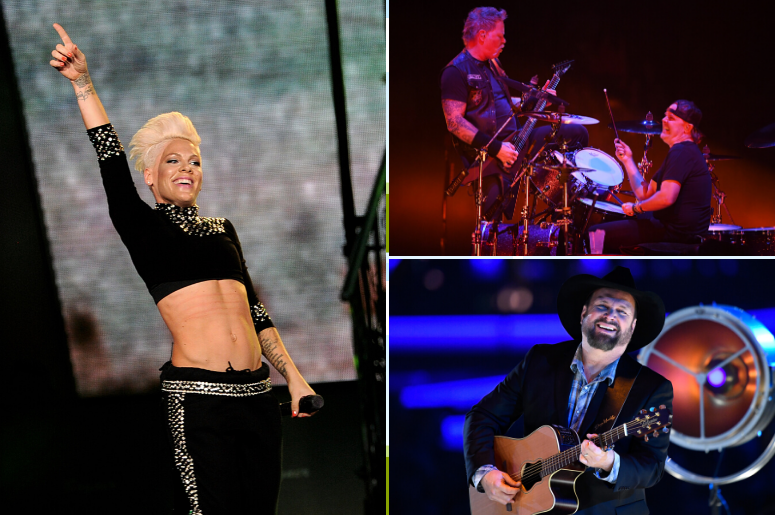 P!nk is the queen of the world when it comes to taking the show on the road.

The pop star had the top-grossing global tour of 2019, according to Pollstar. P!nk hauled in $215.2 million by selling tickets to 1.8 million fans for 68 concerts during the year. The “What About Us” singer’s Beautiful Trauma Tour ran from March 1st to November 2nd. She attributes her box office power to her versatility.

“I do not believe in genres or boundaries,” P!nk told Pollstar. “What’s epic about making this kind of show with this kind of repertoire is that it can be a rock show, it can be theater, it can be Broadway, it can be acoustic. I want fans to feel every kind feeling they can tap into.”

P!nk had plenty of company on the road in 2019, with Elton John and Ed Sheeran right behind her in earnings on the global list. Metallica, The Rolling Stones, BTS, Bon Jovi, Ariana Grande, Michael Bublé and Fleetwood Mac round out the top ten.

The Garth Pardi...HA! You are not going to believe it when you see it! Part 1 of #StudioG here, we’ll see you LIVE tonight from NYC for part 2!!! love, g

Pollstar called 2019 a record-setting year for the industry with a gross of $5.55 billion in sales from the top 100 global tours.

"The way fans consume recorded content evolves with each generation of new music fan, as does the way they discover music and purchase tickets,” said OVG president Ray Waddell. “But the core of an exhilarating live experience remains the same: if it's a show people want to see in a venue they like to go to at a price they deem reasonable, they're going."