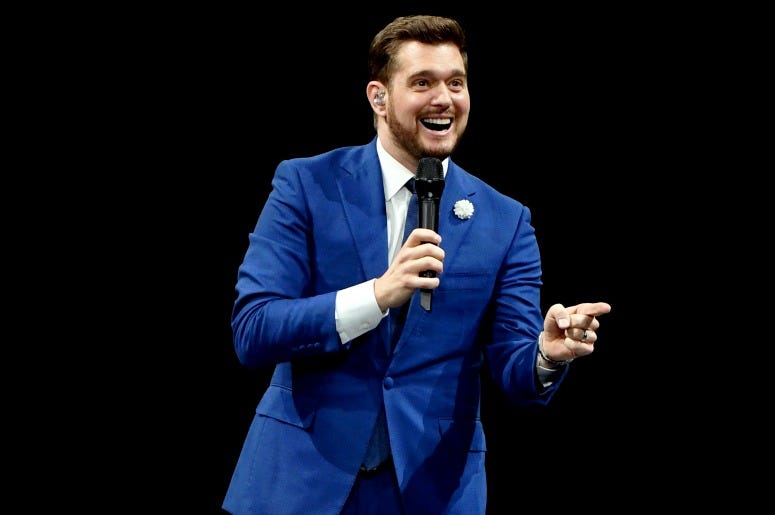 The sounds of Michael Bublé can soothe even the most savage beast. Especially three silverback gorillas in Australia, who happen to be big Bublé fans. According to the Werribee Open Range Zoo, the gorillas there dig the smooth sounds of Bublé, willing to play his seasonal songs all year long.

“When we play Michael Bublé’s CDs, the boys will instantly start pleasure grumbling, and sit nice and calm and relaxed,” says Ben Gulli, the gorilla keeper at the zoo. “Our theory is it’s the beautiful low tones that he sings with, kind of mimics their pleasure grumble, and they’ve even been shown to hum little food songs when they eat – and we think he really resonates with that sound.”

Always excited to meet a fan, Bublé made his way to the zoo for a special private concert for three of his literal biggest fans. “Apparently when they go to bed at night, sometimes they play them my Christmas music, and so I was singing to them and I had no idea what would happen,” Bublé marvels. “It was amazing. The reaction was amazing.”

Bublé sings to the gorillas as they look on, captivated by the GRAMMY-winning singer, as he riffs gorilla-centric songs for his audience. It's a sweet moment, showing that music sometimes knows no barrier.

We too enjoy the “pleasure grumble” of Michael Bublé. The crooner kicks off his North American tour next month in Jacksonville. You can find the full list of upcoming shows here.