Elon Musk is challenging his Twitter followers, and the grand prize not only guarantees $100 million, it can also help save the planet!

The Tesla CEO took to Twitter to offer a reward for the “best” technology to capture carbon dioxide emissions.

“Am donating $100M towards a prize for best carbon capture technology,” Musk wrote in a tweet.

Am donating $100M towards a prize for best carbon capture technology

He followed it up by a second tweet that promised more details to come “next week.”

Capturing and controlling carbon dioxide levels in the atmosphere – which is emitted through the burning of fossil fuels like coal and oil – is critical in the fight against climate change.

NBC News reports that last year, the International Energy Agency revealed that a sharp increase in the deployment of carbon capture technology would be needed if countries wanted to meet net-zero emissions and slow the climate crisis.

In 2019, MIT engineers created a new process that could help remove carbon dioxide from a stream of air. The technique was based on passing air through a stack of charged electrochemical plates. 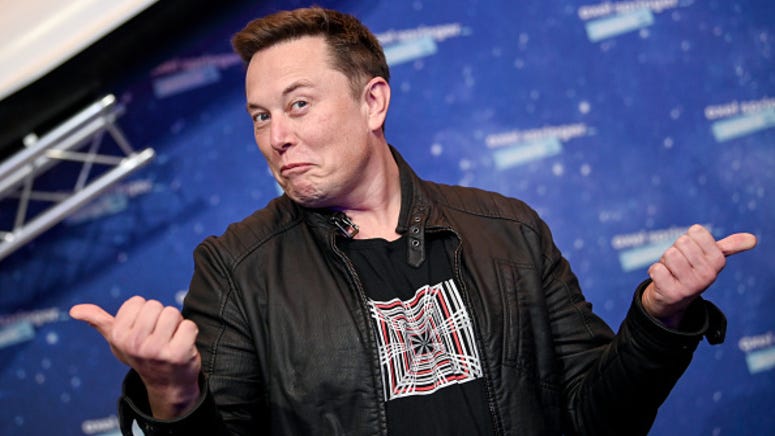 People are being arrested for owning Elon Musk’s viral flamethrowers

The 49-year-old, who also serves as SpaceX CEO, is known for his revolutionary technology – like electric cars and reusable rockets – aimed at creating a more sustainable planet.

Due to his efforts, he recently surpassed Amazon founder Jeff Bezos for the world’s richest person.

The two have been steadily going head-to-head with Bezos reclaiming the title shortly after. According to Forbes' "Real-time Billionaires List," Bezos currently has a net worth of $191 billion, while Musk comes in second with $182 billion.