One joke continues to haunt Ricky Gervais to this day.

In a recent interview with The Hollywood Reporter, the comedian recalled making one joke during the 2011 Golden Globes that he’s regretted ever since.

While hosting the show, Gervais introduced presenters Tom Hanks and Tim Allen and got a few laughs at Allen’s expense.

Looking back on it now, he tells THR that he believes Allen “took it wrong.”

“The joke was [about] him and Tom Hanks. I came out and said, ‘Our next two presenters, the first has won five Oscars, combined box office of five billion dollars. And the other [is] Tim Allen.’ It’s a fine joke. But anyone standing next to Tom Hanks [would’ve been a target of such a swipe], unless it’s Dustin Hoffman or Robert Redford or Robert De Niro,” Gervais explained.

“I have nothing against Tim Allen,” he said, adding, “He’s a good actor. He’s probably a nice bloke. So even though there’s no malice and I can justify it comedically and everyone laughed, I didn’t want Tim Allen to think, ‘Oh, that was written for me. Why me?’ Well, because you were standing next to Tom Hanks.”

As Gervais gears up to host the first award show of 2020 for the fifth time in his career, he’s taking a different approach when it comes to writing jokes and refraining from calling out anyone specific. 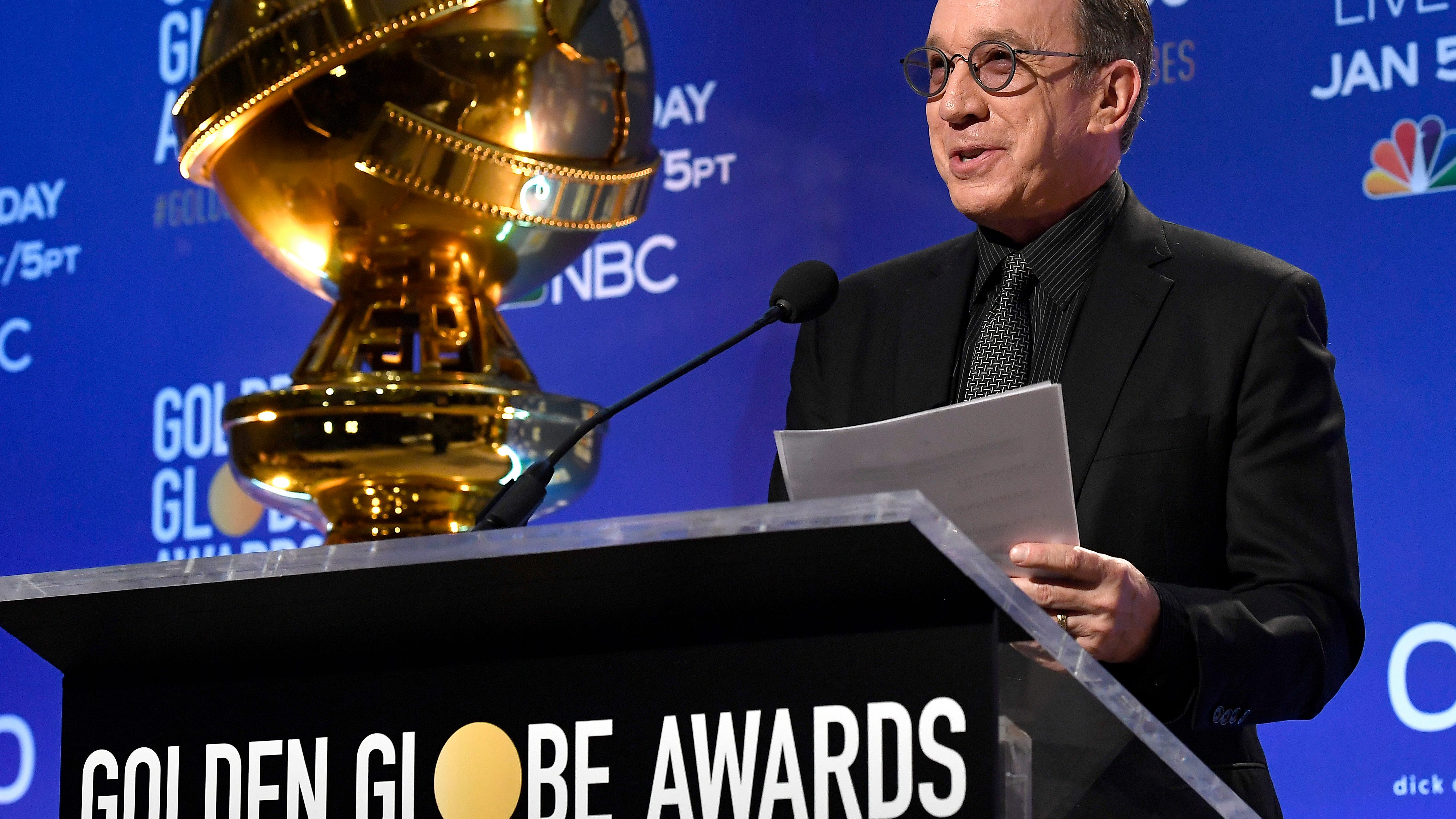 The comedian also noted that in today’s society he’s particularly careful about crafting jokes that are “bulletproof.”

"There's more pressure on making [the jokes bulletproof]. It's the world [watching]. This isn't me in a comedy club,” he admitted.