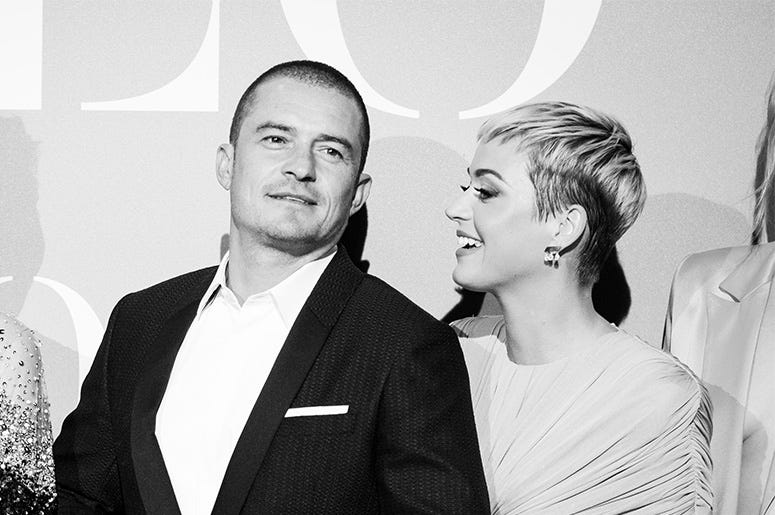 Katy Perry and Orlando Bloom have a message for anyone thinking about mailing their ballot in for the November 3 presidential election… Actually, they have a song.

The adorable couple popped on Instagram Wednesday morning to perform an original song supporting in-person voting. “Rise and shine, and get to the polls now,” Katy sings with a coffee mug, snug in her hand. “Vote in person, not with the mail-in ballot,” Bloom chimes in with his distinctive tone.

They dedicate the democratic track to their daughter Daisy and future generations of votes. “mom & dad here reminding you that YOUR VOTE COUNTS! ♥️ #votenow #bringsnacks 1866OURVOTE,” the pop star captions.

Moments before writing their duet, Katy posted a video dropping off her ballot in person. “ONLY ONE WEEK TIL ELECTION DAY! 🗳VOTE NOW!!! 🗳 SHOW ME YOUR AFTER VOTE ✨GLOW✨ AND I’LL GIVE IT A SHARE! DO IT FOR THE STICKER (AND DEMOCRACY 💁🏼‍♀️),” she captions.

According to CNET, more than 75 million votes have already been cast, with more than 49 million via mail-in ballots. If you’ve already mailed your ballot, here’s some information on tracking. If you want to stay safe and avoid voting in person, drop you ballot off at a polling location.

Perry has been incredibly active getting out the vote, this year. She recently joined Jane Fonda and other politically active celebrities for a viral jazzercise video to get out the vote. Throughout the workout session, the pop-star and new mom is munching on protein bars while admiring herself in the mirror. Later on, in the video we see Katy using her breast pump and encouraging viewers to "get pumped... to vote.”