It’s finally here! The long-awaited debut solo album by Louis Tomlinson. And to celebrate, he’s taking us to school.

The 28-year-old sat down to give us the inside info on some genuine UK slang. It’s second nature for Tomlinson – being a native and all – so he had to gather his thoughts at first.

“I just use them. I don’t actually think about what I say,” he began. “Let me think. Well, ‘buzzin’ is one of them. It means I’m absolutely bouncing off the walls.”

There’s also a cool word for being miserable:

“In Yorkshire we say ‘mardy,’ and if you’re mardy that means you’re a bit grumpy.”

“Where I’m from as well they say ‘berate,’ as ‘it will be alright.” 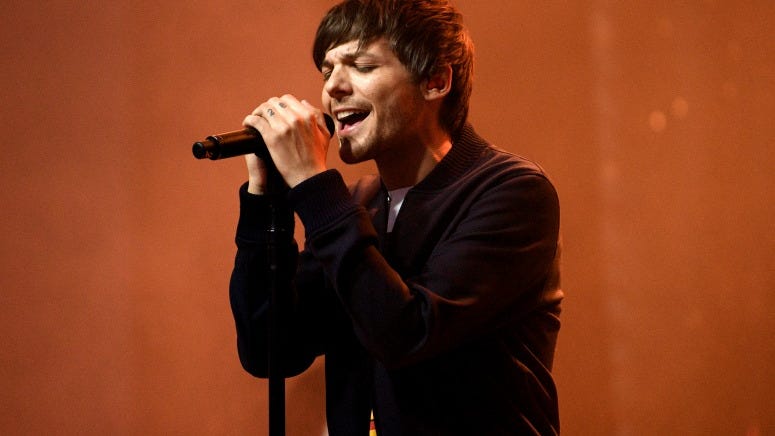 Louis Tomlinson is Not About to Bad Mouth One Direction

We’re happy to soak in all the UK knowledge we can get, just as we’re absorbing as much of this new album as we can.

Walls is a solid collection of brit pop and ballads with maybe even a touch of Oasis in there at times. Tomlinson says the title track is probably his favorite song on the album and definitely the one he’s most proud of. He also took us inside the writing of “We Made It.”

“We started off with the title,” he explained. “It’s a bit of a concept more than anything, really, what ‘We Made It’ meant to me. And when I picture being at my first tour show – that feeling that we all have as a collective – that’s kind of what I wanted to encapsulate in the song.”

Tomlinson will experience more of that feeling when his massive world tour begins this weekend. U.S. dates begin on June 9th in Minneapolis.

WATCH MORE: Tomlinson Gets Personal About His Dogs and Love for "Rubbish TV"