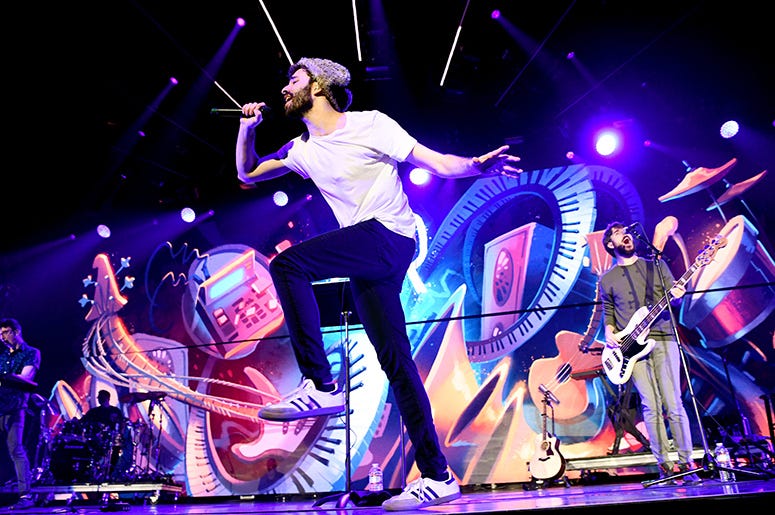 AJR is gearing up for the release of their new album, OK ORCHESTRA, which arrives on March 26.

The band, comprised of brothers Adam, Jack, and Ryan Met, sat down with Billboard to tease their upcoming studio effort while celebrating the newfound success of their nearly year-old single "Bang!"

Jack said his family "had the 9 celebration" when "Bang!" reached number nine on the Billboard Hot 100, the highest position it had achieved during its 27-week run.  But the next chart. which updates on January 23, has the song at number eight, so another celebration is in order.

The band is currently putting the finishing touches on OK ORCHESTRA, the follow-up to 2019's Neotheater. 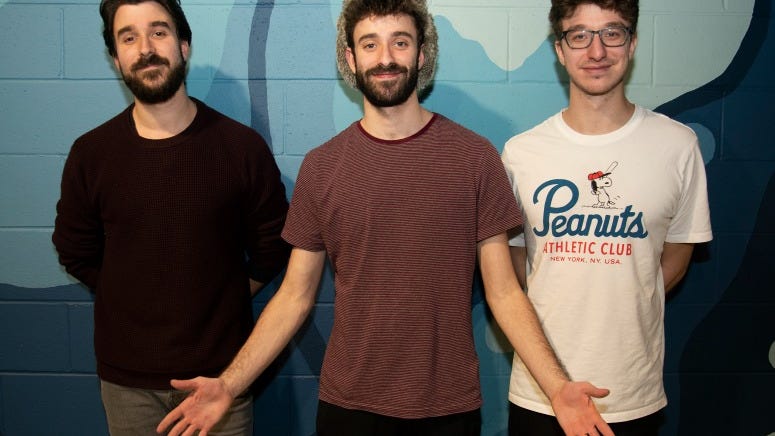 With the cancellation of their Neotheater World Tour Part 2 because of the COVID-19 pandemic, AJR says they took advantage of their open schedule and "spent the entire year of 2020 writing our next album."

"We've really thought about it as the third chapter in the trilogy that was The Click, Neotheater and now OK ORCHESTRA, which has been both artistically and musically three steps of growing up a little bit," explains Ryan.  "So this feels like kind of the final chapter of that little saga. But more specifically, musically, I think it's the most extreme we've ever been."

WATCH MORE: From plays to weed, how bands like The Killers + Green Day got their name

music
Maren Morris and Ryan Hurd on ‘Chasing After You,’ and chasing 1-year-old Hayes around the house
sports
Jeremy Lin reveals he has been called 'coronavirus' on the court
music
Taylor Swift tells fans she 'cannot reschedule' tour dates
sports
Eddie Murphy confirms Prince beat him at basketball, as depicted on Chappelle's Show
sports
DeAndre Hopkins clowns Texans: 'They said I'm only worth a second rounder'
sports
The oldest active MLB players in 2021