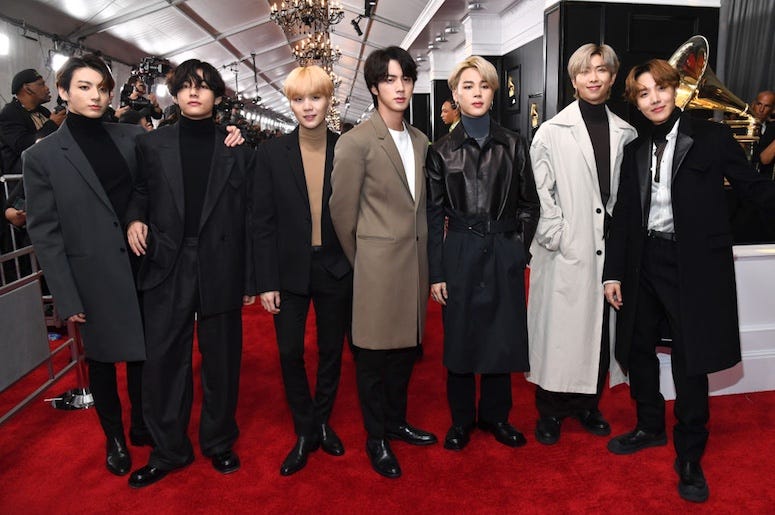 “BTS isn’t just the biggest K-pop act on the charts. They’ve become the biggest band in the world.”

That’s how TIME opened up their profile on BTS as they were named the Entertainer of the Year by the publication. It’s a fitting description for the group whose efforts in 2020 continued to prove why they’re one of the biggest bands at the moment.

In a normal year, it’d be easy to point to the chart-topping hits, numerous awards, and appearances at some of the biggest events in the world for why they’re worthy of the title. However, 2020 is anything but normal.

TIME attributes the fact BTS not only maintained, but enhanced the bond between their fans and the global community as a reason for earning the award. The best part? It’s all authentic and the band took upon themselves to act on.

“There are times when I’m still taken aback by all the unimaginable things that are happening,” Suga said. “But I ask myself, Who’s going to do this, if not us?”

From inspiring ARMY to match their $1 million donation to Black Lives Matter organizations, to supporting LGBTQ+ rights, and being champions of mental health initiatives, BTS has been a positive force in 2020.

“I always wanted to become an artist that can provide comfort, relief and positive energy to people,” J-Hope said. “That intent harmonized with the sincerity of our group and led us to who we are today.”

Tune in for a special performance from TIME's Entertainer of the Year BTS tonight at 10/9c on NBC #TIMEPOY pic.twitter.com/Op2mo6WeCa

To further the celebrations, BTS will be offering up a special performance on NBC tonight at 10 PM ET.