No matter what happens from here on out, the Tampa Bay Buccaneers decision to sign Tom Brady to a two-year/$50 million free-agent contract last March will go down as one of the most impactful signings in NFL history.

A season ago, the Buccaneers were perhaps the league's most frustrating team. Both Chris Godwin and Mike Evans had over 1,100 receiving yards. Shaq Barrett led the NFL with 19 1/2 sacks. The front-seven - which, in addition to Barrett included Lavonte David, Devin White, Ndamukong Suh and Jason Pierre-Paul - was very sout.

And yet, the Buccaneers went just 7-9, missing the playoffs for the 12th consecutive season, in large part because they didn't have the quarterback position figured out. Former No. 1 overall pick Jameis Winston threw for 33 touchdowns and over 5,000 yards in his first season under Bruce Arians, but also was picked off 30 times, likely preventing the team from posting a winning record.

As Winston hit free agency, the Buccaneers were left to consider their options. They had a roster largely ready to make a deep playoff run, but a hole at the most important spot on the team. When they got to the idea of considering Tom Brady, it initially felt a little too good to be true, but general manager Jason Licht told Peter King of NBC Sports this week that they kept a level head by constantly referring to an iconic movie where the improbable becomes reality.

"...We were in my office one day, and Bruce [Arians] was in there and [director of player personnel] John Spytek was in there, and I posed that very question. I said 'Well why would he come here?' And Bruce said 'Why the hell wouldn't he?' And Spytek pointed to the depth chart up in my office on the smartboard and said 'This is why he would come.' And he pointed to Mike Evans...and [Chris] Godwin...and O.J. [Howard]...and our defense...Lavonte [David] and company. He said, we built it, he will come. And so, it became known as 'Operation: Shoeless Joe Jackson.' Throughout the process, Spytek would pop into my office...or Mike Biehl, my college director...or Mike Greenberg, our cap guy...or Rob McCartney, my pro director...and just like every once in a while, we'd say 'Hey, go the distance' and drop little lines from Field of Dreams. So, it was a fun time. They were just trying to keep my sanity, but also realize 'Hey, this could happen.'"

Perhaps this chapter of Brady's career won't end with him playing catch with his dad on the field, but a chance to face Patrick Mahomes and the Kansas City Chiefs in a Super Bowl set to be played at Raymond James Stadium, home of the Buccaneers, is a pretty compelling consolation prize. At this time last year, some in the Buccaneers organization might have felt divine intervention was needed for them to be in a position to play for a Lombardi Trophy in Super Bowl LV. 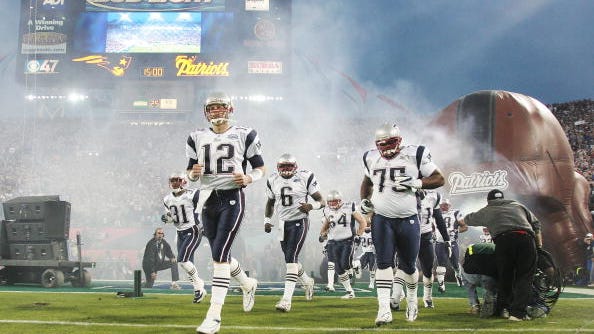