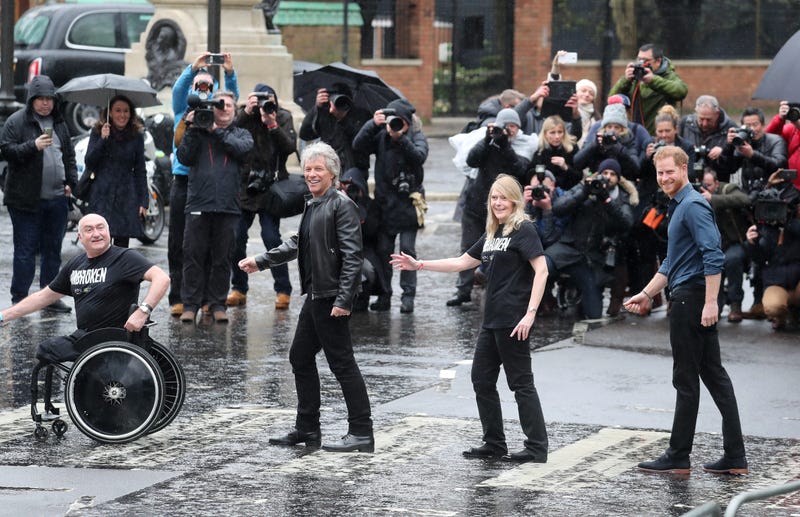 Prince Harry definitely stepped back a bit more than we thought he would from the Royal duties. There has been speculation and rumors on acting, but I didn't hear about singing!

He has recently teamed up with Bon Jovi, to record a special version of Bon Jovi’s song “Unbroken” with members of the Invictus Games Choir.

In the video posted by Sussex Royal, you can see Bon Jovi coaching and supporting Prince Harry during the recording, and then Huffington Post actually deciphered the words because they were so low!

And since they recorded in Abbey Road Studios, they obviously had to cross it :)