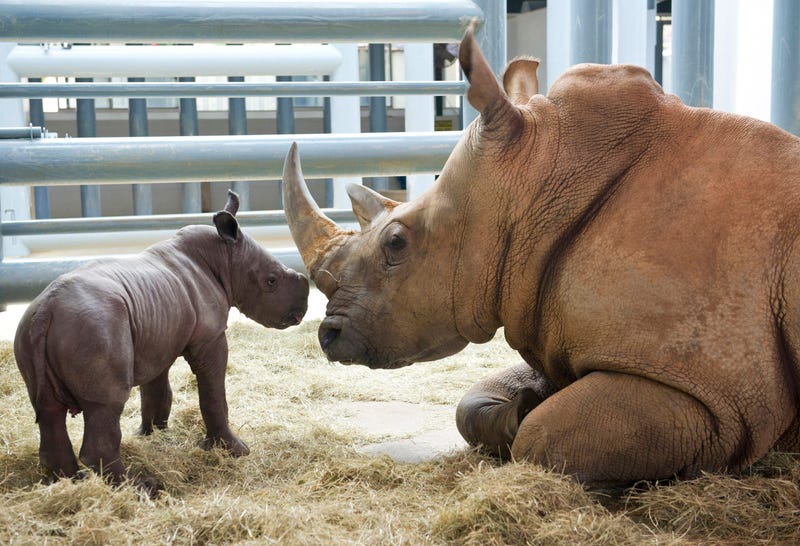 Walt Disney World announced yesterday that THREE of their rhinos, are with child.

According to PEOPLE, the exciting news was shared on 'World Rhino Day'. Lola, Jao, and Kendi are all awaiting giving birth. Kendi's baby is expected in October, while the other's still have a bit of time to wait, into 2021.

In a release from Walt Disney World, 'the rhino moms were chosen to breed through Species Survival Plans, which are overseen by the Association of Zoos and Aquariums to ensure the responsible breeding of endangered species.'

The park opened in 1998 and there have been 10 rhinos born since then, however, this is the first time that this many rhinos have been pregnant at once. I know pregnancy can make anyone cranky at times... I wonder how that will spark personalities in rhinos?