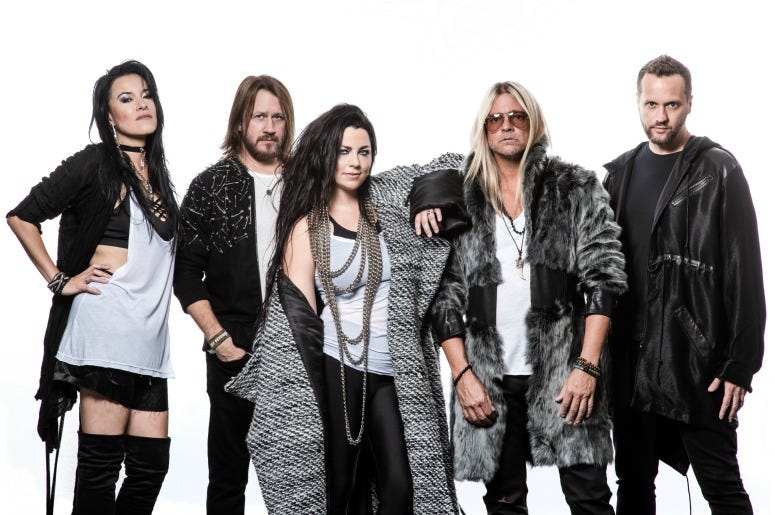 2020 is set to be a massive year for Evanescence, and the GRAMMY-winning band is wasting no time getting started.

On Thursday, the group unveiled their video for “The Chain,” their Fleetwood Mac cover with an epic injection of power. The song became inescapable last year in the commercial for the Xbox game Gears 5. Evanescence’s take on the Rumors classic helped the Gears of War game to the most successful video game launch since 2012, and primed fans around the world for new music from the “Bring Me To Life” band.

In the video directed by P.R. Brown, the group navigates the scorching and smokey landscape, rising from the ashes linked together, stronger than ever. “The lyrics make me feel the power of standing together against great forces trying to pull us apart, perhaps even from the inside,” singer Amy Lee explains in a statement. “I really wanted to drive that home in our version.”

This version of “The Chain” is the first sample of what’s to come from the band, ready to return to the heavy parts of their sound after a successful symphonic adventure with 2017’s Synthesis album. Now their reloaded with their signature strength and Lee’s unmistakable soaring voice for a new album set to be unleashed, hopefully later this year.

Evanescence will embark on a co-headlining tour of Europe and the UK with Within Temptation starting in April. You can get the full list of upcoming shows here.