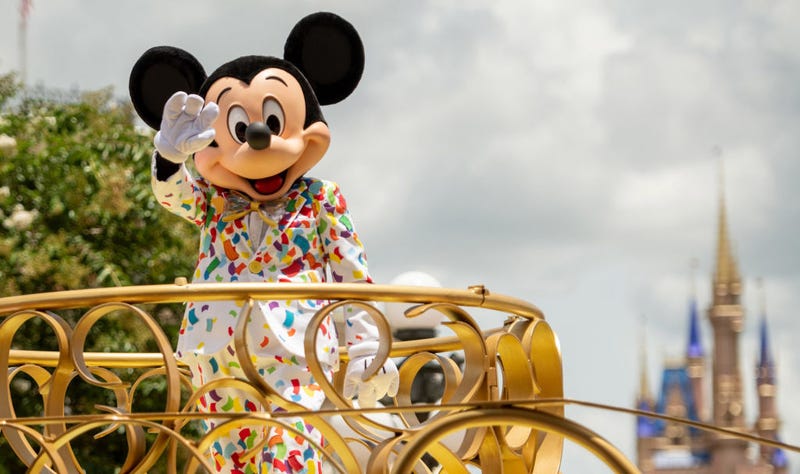 Today, one of Central Florida's most-famous residents turns 92 years old! Happy birthday Mickey Mouse! So, how much do you know about the famous Mouse? Here's some trivia I'm asking Dana this morning on-the-air, plus a handful of other cool facts from the Disney Parks Blog and DisneyNews.US about our beloved Mickey Mouse.

Mickey Mouse was the first animated character to get a star on the Hollywood Walk of Fame. It happened on his 50th birthday!

Mickey Mouse made his first appearance in the "Macy's Thanksgiving Day Parade" in 1934.

Are Mickey and Minnie actually married? Yes, however they do live in separate houses.

Did you know that Mickey Mouse has a middle name? His full name is Mickey Theodore Mouse.

The first piece of Mickey Mouse merchandise to ever go on-sale to the public was a pencil drawing tablet for kids.

According to Mickey Blog, Minnie is just a nickname. Her real first name is Minerva.

Mickey Was originally named Mortimer, but Walt's wife wasn't a fan and suggested he should change it to Mickey.