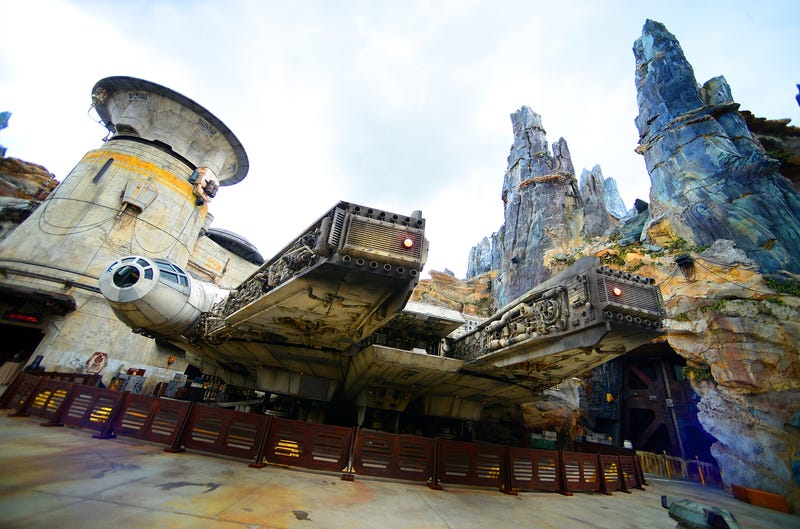 The IAAPA virtual event had many people talking yesterday, mostly about Disney's latest hotel. Disney Parks Chairman Josh D’Amaro, shared a first look inside one of the new rooms at the Star Wars: Galactic Starcruiser hotel. We've all seen concepts in the past couple of years, but these photos are literally identical!

According to BlogMickey, the experience begins at the Galactic Starcruiser Terminal. "Once you’ve checked into the hotel, you’ll board a launch pod where you’ll blast off into space and rendezvous with the Halcyon, the ship you’ll spend the next 2-nights aboard. Through windows above, you’ll see yourself leave the real world behind as you jump to hyperspace and draw closer and closer to the Halcyon....When the Launch Pod docks with the Halcyon and the airlock opens, you will step into the ship’s main deck Atrium to begin your journey through a galaxy far, far away."

I'm not even a HUGE Star Wars fan, but I can tell you they can take all my money right now. Check out all the photos and concept art HERE. My mind... is blown.