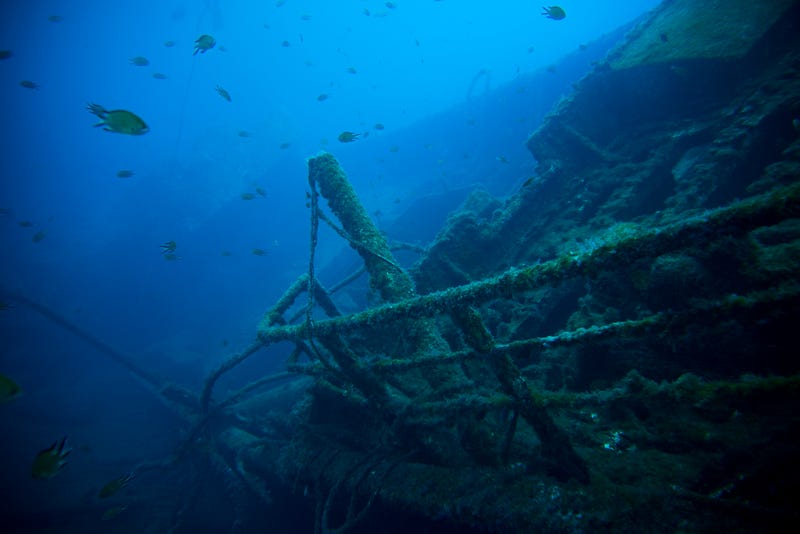 If you've never seen the Titanic's "alternate ending" that was released as a special feature, consider yourself lucky. It is awkward at best, but absolutely terrible is probably more accurate. It's making it's rounds again on social media, so you can decide for yourself just how bad it is.

In the actual film, the movie ends of course with the old version of Rose secretly dropping the necklace into the ocean. In the alternate version, she actually shows the film crew that she indeed has the "heart of the ocean" in her possession. Some very awkward dialogue ensues, followed by a little game of "Keep-away" before she tosses the necklace over her shoulder into the ocean.

It's not an overstatement to say that had James Cameron chose to go with the alternate ending, the movie may not be looked on so fondly all of these years later. You made the right call, James.