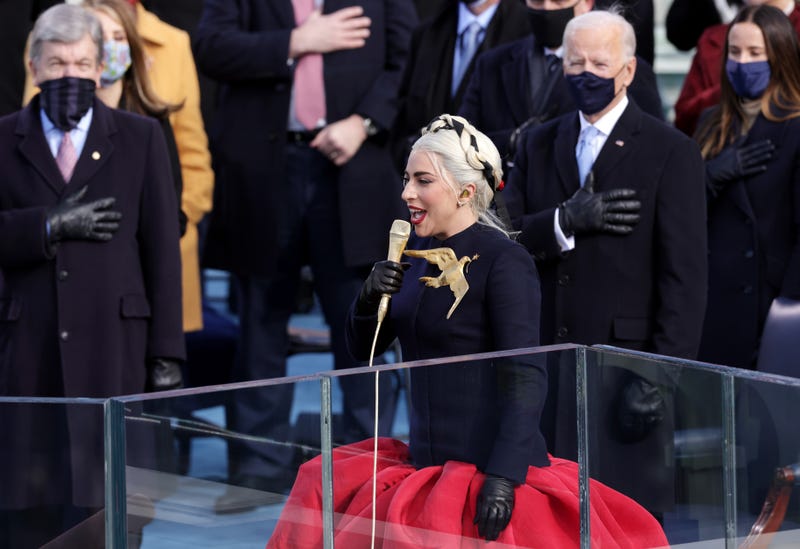 Lady Gaga has descended upon Washington D.C. and just in the nick of time.

The pop idol who puts her fervent humanitarianism above all else, sent messages of hope and love from the nation’s Capitol just two weeks after the violent insurrection occurred and just a day before her performance during Joe Biden’s presidential inauguration.

Clad in a serene white suit and radiating positivity, the almost saintly Mother Monster took to Instagram to share an image of herself under the Capitol Rotunda. Alongside the post, the singer writes, "I pray tomorrow will be a day of peace for all Americans. A day for love, not hatred. A day for acceptance not fear. A day for dreaming of our future joy as a country. A dream that is non-violent, a dream that provides safety for our souls. Love, from the Capitol 🇺🇸."

During her singing of the National Anthem, LG took the inaugural stage in yet another stunning outfit which radiated peace and optimism for a nation in need of healing. A gold dove stat atop Gaga’s chest as the words of “The Star-Spangled Banner” were ardently carried by the stunning vocals of Stefanie herself.