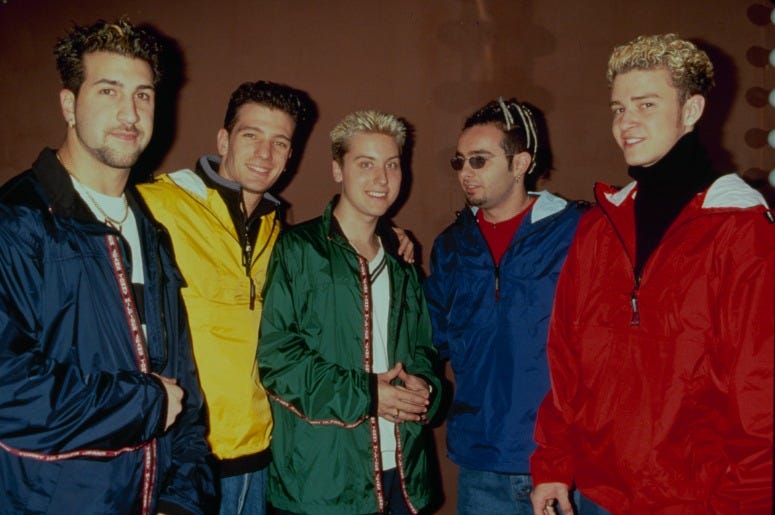 Lance Bass' planned movie about *NSYNC superfans now has an Emmy-winner on board to write its script.

Variety reports that Crazy Ex-Girlfriend co-creator and star Rachel Bloom will write the film, which is based on the summer that real-life best friends Meredith Sandberg and Winter Byington spent following *NSYNC on their final world tour.

Lance came up with the idea to make a movie inspired by the pair, and is producing the film. Bloom says in a statement, "I’m so excited to work on this road trip musical that will explore the nature of early 2000’s nostalgia and if the past was, indeed, actually better. Also, I GET TO WORK WITH LANCE BASS!”

Bloom won a Golden Globe for Best Actress in a TV Musical or Comedy in 2016 for her role as Rebecca Bunch in Crazy Ex-Girlfriend. In 2018, she won an Emmy for Outstanding Original Music and Lyrics for one of the songs she wrote for the show.

In other Lance Bass news, he'll be playing Rocky in a live stream performance of The Rocky Horror Picture Show that's taking place on Halloween -- Saturday -- as a benefit for the Wisconsin Democratic Party. If you've never seen the movie, Lance will essentially be running around singing in nothing but a gold bikini bottom.