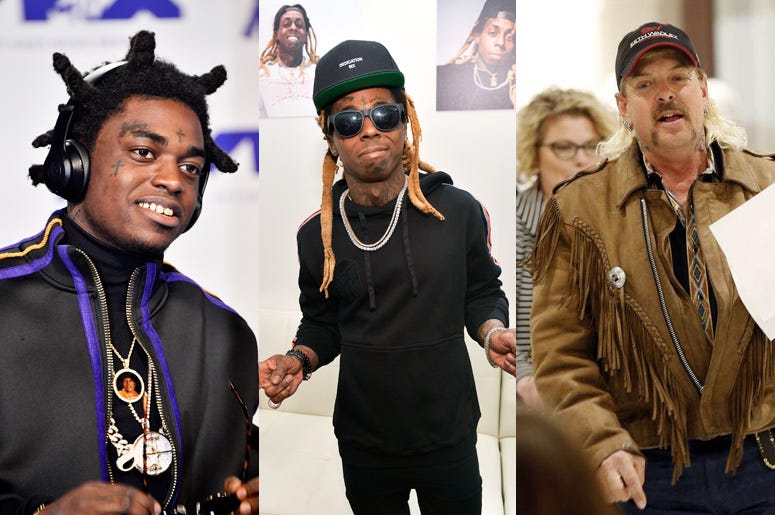 In the final hours of his presidency, Donald Trump granted pardons to 73 individuals and commuted the sentences of an additional 70 individuals. Among those on Trump’s list include a pair of rappers that were long speculated to receive a pardon at the end of his term.

Lil Wayne pled guilty last month to illegal possession of a firearm, which was forbidden due to a prior felony conviction. Kodak Black is currently serving a four-year sentence for lying on a background check while purchasing a firearm.

Lil Wayne’s release states: "President Trump granted a full pardon to Dwayne Michael Carter Jr., also known as 'Lil Wayne.' Mr. Carter pled guilty to possession of a firearm and ammunition by a convicted felon, owing to a conviction over 10 years ago. Brett Berish of Sovereign Brands, who supports a pardon for Mr. Carter, describes him as 'trustworthy, kind-hearted and generous.' Mr. Carter has exhibited this generosity through commitment to a variety of charities, including donations to research hospitals and a host of foodbanks. Deion Sanders, who also wrote in support of this pardon, calls Mr. Wayne 'a provider for his family, a friend to many, a man of faith, a natural giver to the less fortunate, a waymaker, [and] a game changer.'"

Kodak Black’s release states: "President Trump granted a commutation to Bill Kapri, more commonly known as Kodak Black. Kodak Black is a prominent artist and community leader. This commutation is supported by numerous religious leaders, including Pastor Darrell Scott and Rabbi Schneur Kaplan. Additional supporters include Bernie Kerik, Hunter Pollack, Gucci Mane, Lil Pump, Lil Yachty, Lamar Jackson of the Baltimore Ravens, Jack Brewer formerly of the National Football League, and numerous other notable community leaders. Kodak Black was sentenced to 46 months in prison for making a false statement on a Federal document. He has served nearly half of his sentence. Before his conviction and after reaching success as a recording artist, Kodak Black became deeply involved in numerous philanthropic efforts. In fact, he has committed to supporting a variety of charitable efforts, such as providing educational resources to students and families of fallen law enforcement officers and the underprivileged. In addition to these efforts, he has paid for the notebooks of school children, provided funding and supplies to daycare centers, provided food for the hungry, and annually provides for underprivileged children during Christmas. Most recently while still incarcerated, Kodak Black donated $50,000 to David Portnoy’s Barstool Fund, which provides funds to small businesses affected by the COVID-19 pandemic. Kodak Black’s only request was that his donation go toward restaurants in his hometown." 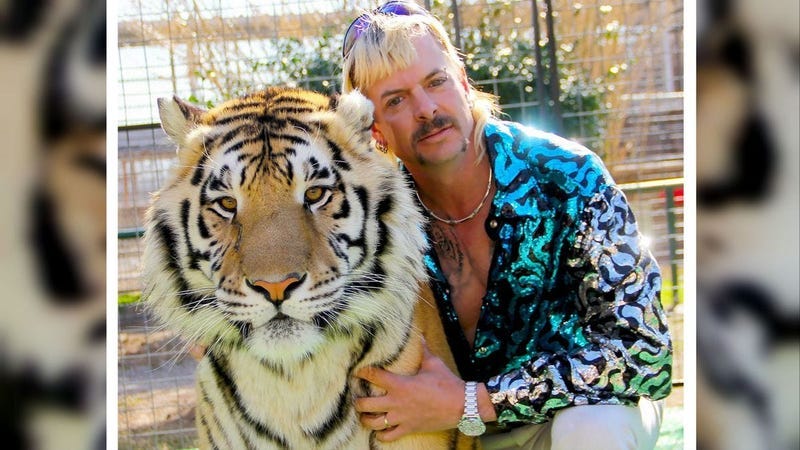 Despite his legal team’s lengthy lobbying efforts for a pardon, Tiger King star Joe Exotic was not on Trump’s clemency list.

Exotic (Joseph Allen Maldonado-Passage) is currently serving a 22-year sentence for a plot to murder his longtime rival Carole Baskin, as well as for animal cruelty charges.

Exotic’s legal team reportedly had a stretch limo ready for him outside of his Dallas-Fort Worth area jail. 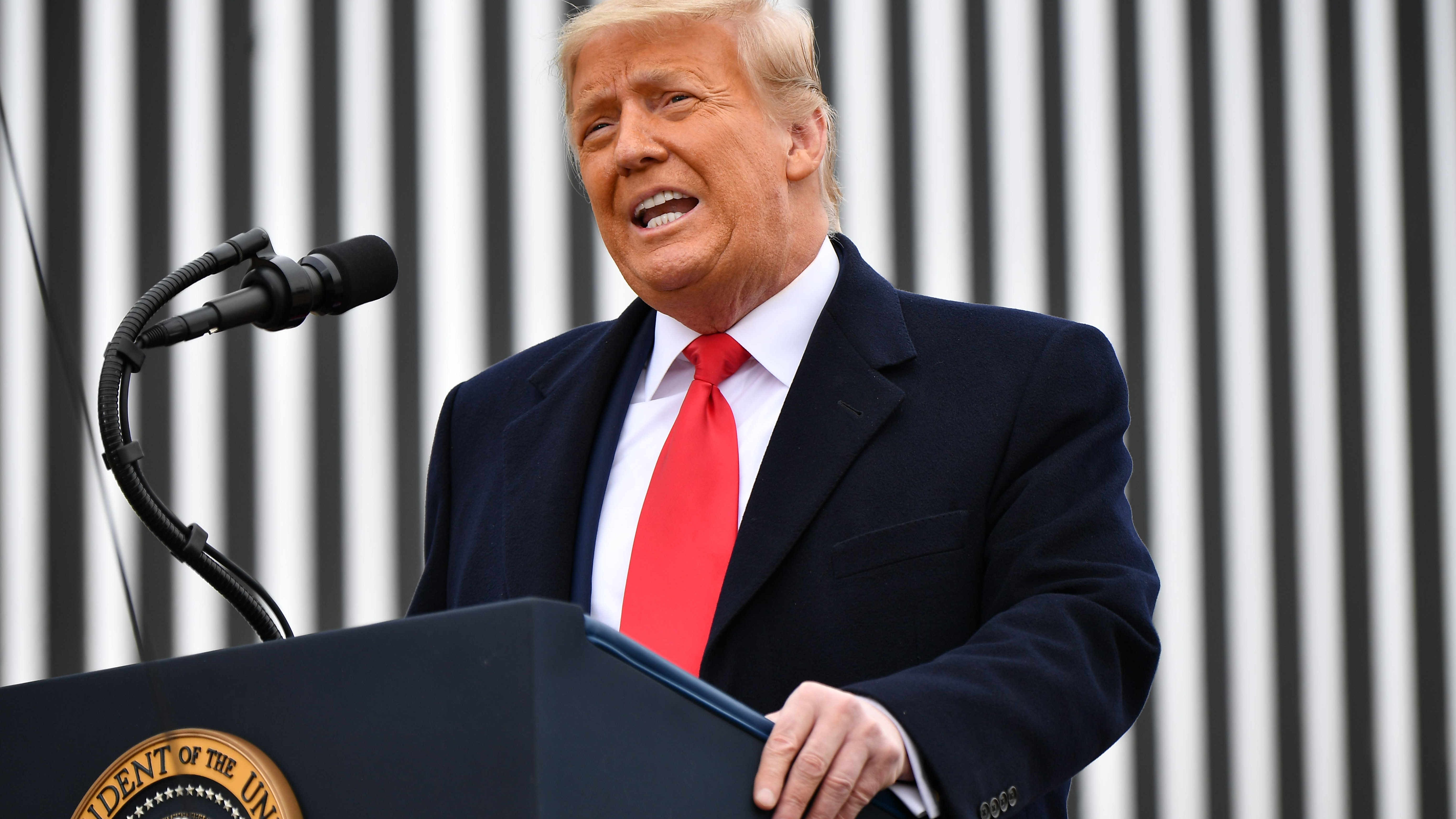 A pair of music executives were also among those on Trump’s clemency list as Roc Nation CEO Desiree Perez and Death Row Records co-founder Michael “Harry O” Harris were both pardoned.

According to TMZ, Snoop Dogg had been secretly lobbying the Trump administration to grant Harris a pardon. Harris has been imprisoned for nearly 30 years for conspiracy to commit first-degree murder.

“Mr. Harris has had an exemplary prison record for three decades. He is a former entrepreneur and has mentored and taught fellow prisoners how to start and run businesses,” the White House’s statement reads.

Perez was arrested in 1994 for drug possession and in 1998 for grand larceny and possession of a firearm. “Since her conviction, Ms. Perez has taken full accountability for her actions and has turned her life around,” the White House’s statement reads. “She has been gainfully employed and has been an advocate for criminal justice reform in her community.”

See the entire list of individuals pardoned and commuted by Donald Trump here.

WATCH MORE: From Trump to 'The Arnold' here are 5 stars who ditched Hollywood for Washington