As more and more cities are put under lockdown in an attempt to "flatten the curve" of the COVID-19 pandemic, songs that seem to capture the moment are surging in streams, most notably Fifth Harmony's biggest hit, "Work From Home." Group member Lauren Jauregui says she's surprised and amused by the sudden relevance of the 2016 smash.

Speaking to Billboard, Lauren calls the song "the gift that keeps on giving," and laughs, "We didn't even know. We're so ahead of our time. Wow. Iconic, is what I can say to that." 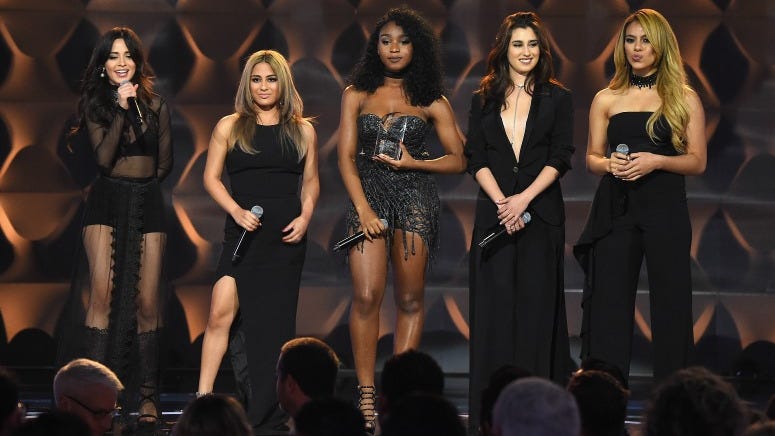 In the past week, according to Billboard, streams of the song were up 11%, to 1.2 million. But success of old songs aside, Lauren's currently focusing on her long-awaited debut solo album.

"Usually, to finish an album, you need to be in a studio. Luckily, I have some equipment, so I'm going to set it up and I'm going to try to finish this stuff here," she says.

She laughs, "I have the songs pretty much selected unless I happen to write some genius s*** during quarantine - which, by the way, I've been on a super-creative stint, so I've been writing songs like every day."

You can get a taste of Lauren's creativity when she does a virtual concert Wednesday at 5PM ET on Billboard's  Facebook page as part of the publication's Live At-Home series. Who knows, maybe she'll even sing "Work From Home."