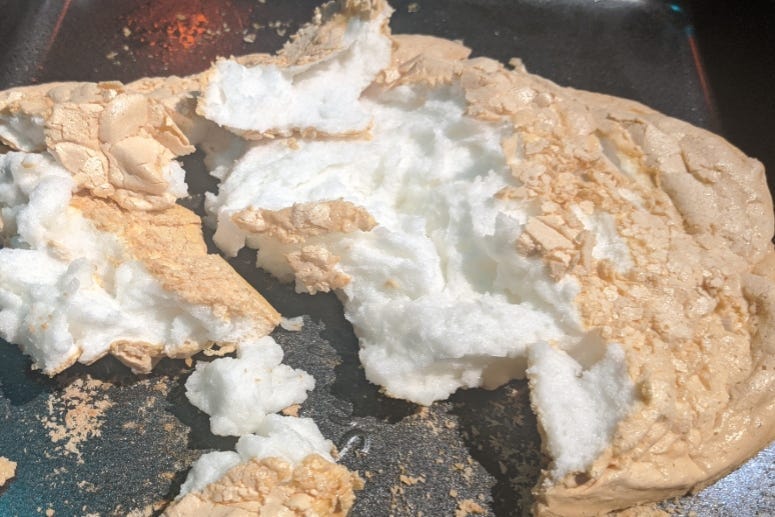 August 7, 2020 08/07/2020 11:21 pm
As Tik Tok is in jeopardy of staying in the US unless a deal of some sort is made (maybe Microsoft). but that's not stopping many from getting their bake on.  The big bake fav right now is a 3- ingredient Cloud Bread. The mixing and baking of 3 ingredients that should create a yummy soft like a Cloud Bread. Here's the first Tik Tok video I saw that hooked me ...

I didn't notice an actual recipe in the video, so I moved to this one which has a spin put on it adding more ingredients to kick it up another notch ...

After watching this one, I decided since I have never attempted to make or heard of anything called Cloud Bread, I would stick to the 3 basic ingredients to start.  Using the recipe given in the video above, I couldn't get the egg whites, sugar & cornstarch to get thicker with peaks. I mixed, and mixed ... my hand was a bit shaky from holding the mixer for so long. The best that I got was splatter all over the kitchen and myself .... 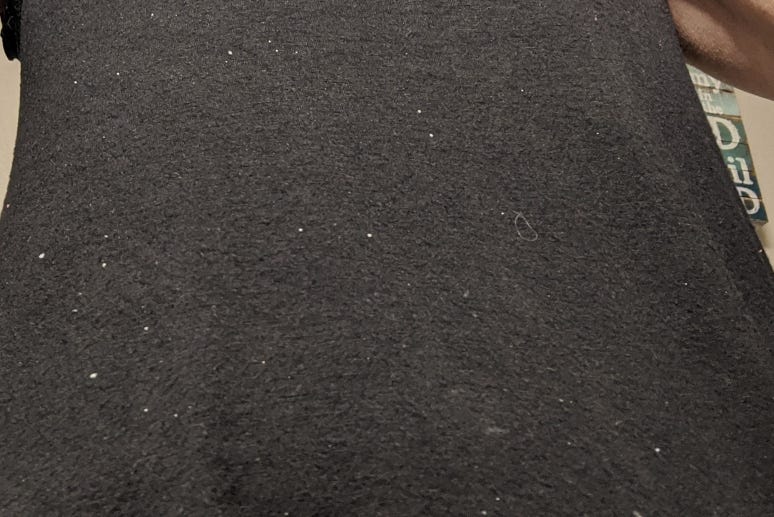 BIG FAIL on this Cloud Bread recipe for me ...  I looked up a couple of other recipes (minus cream cheese / cream of tarter which I found are in more advanced Cloud Bread / Keto friendly recipes) The amount of ingredients I used / changes in bold...
Cloud Bread Try 1    Cloud Bread Try 2

Directions from the video above still worked well.

I had just enough egg whites to try again. Newish recipe ... fresh-ish start.  I was mixing it up again w/ the hand mixer. It took a bit, but it did get thicker with peaks. I was feeling good, although it seemed a bit more meringue like to me, than a bread - ish feel. I put it on the pan, and baked it. First 25 minutes, it was still pretty white-ish looking, so went for another 10 minutes. It was nice and puffy, kind of like the  ones in the video, but once it got to the air on the counter, it fell. Flat Cloud Bread. Breaking it apart like the video, it didn't look very Pillowy Cloud like. It's more baked egg white like ... 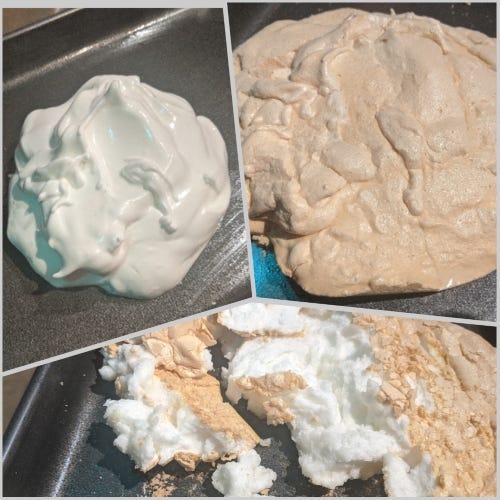 honey Ted popped a bite in his mouth, and immediately spit it out. I haven't seen him do that in a very long time. The face he made was like smelling a really bad surprise fart. Asking "WHAT?" Before I bravely tried it. He said " It tastes like sugary baked - ish egg whites." Not sugary in a good way, which is wild since he has a sweet tooth like I do. He didn't know if  it was supposed to be that way.  I wasn't sure, since it's totally new to me too. I had to agree with him, although I didn't make the same face ... LOL..  It had a weird eggy sugary flavor . It was eggy meringue ... nothing close to bread like .. or Pillowy Cloud Bread like. Or what I thought it should be. It didn't resemble either of the videos.  Although when I did a bit more research on Cloud Bread, there are some that do pop up that look more like what I created. My Cloud Bread has more of a 2016 feel to it. Click here!
honey Ted & I decided we'll put the Cloud Bread experiments to rest in our kitchen. I suppose getting a 2016 version isn't a total FAIL, but not a winner for sure. I'll stick to other yummy breads. Like this simple and easy to make Lemon Pound Cake Bread.  Leave the Cloud Bread on Tik Tok. 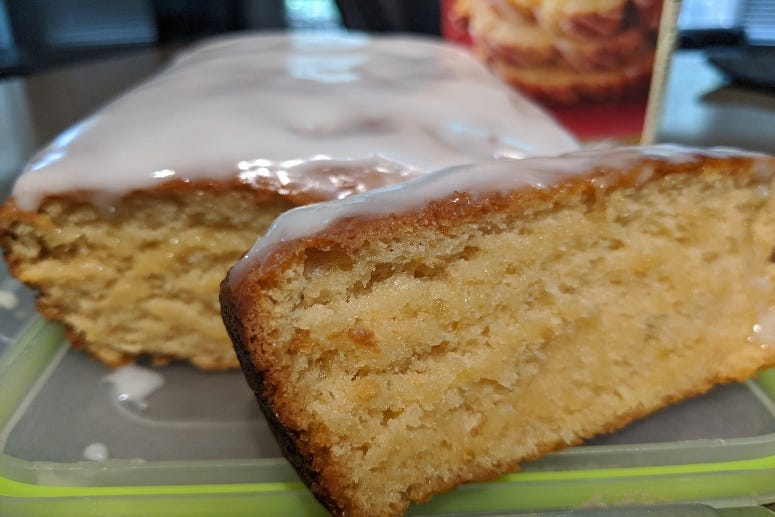