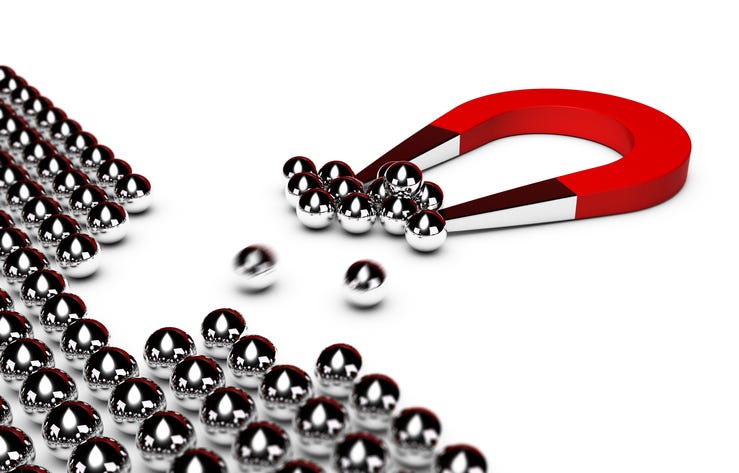 A mother is recalling the time her son accidentally swallowed magnets to warn people about the dangers.

The incident happened last September when Justin MacNair saw his 4-year-old stepson, Peyton, crying and saying he swallowed something that got lodged in his throat.

MacNair’s wife, Jessica, realized that Peyton, who is autistic, accidentally swallowed the magnets he loved to play with.

“I looked in the back of his throat and saw two magnets stuck together, one on each side of his uvula,” the 30-year-old science teacher from Greenwood, Indiana, told TODAY.

She credited days of watching “Grey’s Anatomy” with her swift response.

“He already had the two in his throat and there is a good chance he swallowed more than one and I knew that it was trouble,” she said. “They could tear through tissue and the body,” she said explaining that she rushed him to the ER.

Doctors took an X-ray and confirmed Peyton swallowed 25 magnets, which were now lodged in his stomach, in addition to the two clamped on his uvula.

They needed to act fast because if the magnets passed into his intestines, surgery would be required to removed them.

“It would be very easy for some magnets to be pushed (into the small bowel) and separated from the others,” she said. “That is when the others would be attracted and (magnetize) through the tissue.”

Dr. Michael Foreman, a gastroenterologist who treated Peyton’s case, said magnets are especially concerning because they don’t demagnetize inside the body.

“These neodymium magnets, even if they are small, they can be really powerful. The size does not have anything to do with how powerful they are,” he told the outlet. “They have a strong pull.”

This means that if they attract towards each other, they can “end up giving you a hole in your bowel,” which is described as a worst-case scenario.

According to the outlet, signs that a magnet has perforated and needs surgery include abdominal pain or englarded, tight, and/or swollen belly.

In Peyton’s situation, doctors believed they could remove the magnets with a “basket on the end of a scope.”

This meant they inserted a long, thin tube with a scope at the end down his throat to pull the magnets out.

“The magnets, all (25) of them attached to the side of the scope,” Foreman explained. “We were able to get them off and capture them.”

While Peyton experienced a sore throat from the removal of the magnets from his uvula, he felt great otherwise.

Jessica explained that they’ve gotten rid of magnets and other small toys such as marbles in the house.

“I still see parents buying these for their kids and they are advertised as toys. They are fun to play with. I have played with them myself,” she said. “Most people don’t realize the dangers of swallowing magnets. Even if it is just one or two magnets … they are going to tear through your child.”