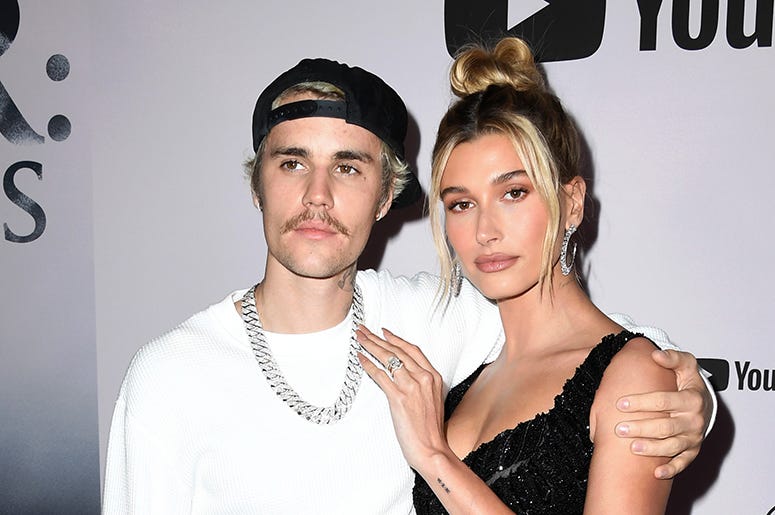 While he's kept fans satiated with music throughout the lockdown, Justin Bieber will be premiering another new song tonight during #BieberNYE -- his T-Mobile Presents New Year's Eve Live With Justin Bieber special -- which is his first live show since 2017.

Justin casually dropped the news in a tweet saying, "Oh yeah I'm performing my new single #ANYONE during #BieberNYE." NBD, right? Well, it is for his wife Hailey.

Already blessed with the singles "Holy," "Lonely," and his collab "Monster" with Shawn Mendes, Beliebers got a mighty wind of the new track, "Anyone," back in April when he teased fans, and his excited wife, about its progress.

Video of Justin Bieber saying that he recorded a new song called, “Anyone,” on Instagram Live today. (April 10) pic.twitter.com/2SqvdVgv6s

While explaining that he'd just written a new song during an IG chat, Hailey begged him to "sing a snippet" but he refused. "I can't. I can't do it," he said before teasing the title. "It's my... this song? I love this song so much," Hailey said. "And I haven't heard him sing it yet, so I'm excited!"

#BieberNYE airs tonight, December 31 at 10:15 PM ET. Grab your tickets now, and watch right here. You know Hailey will be there.