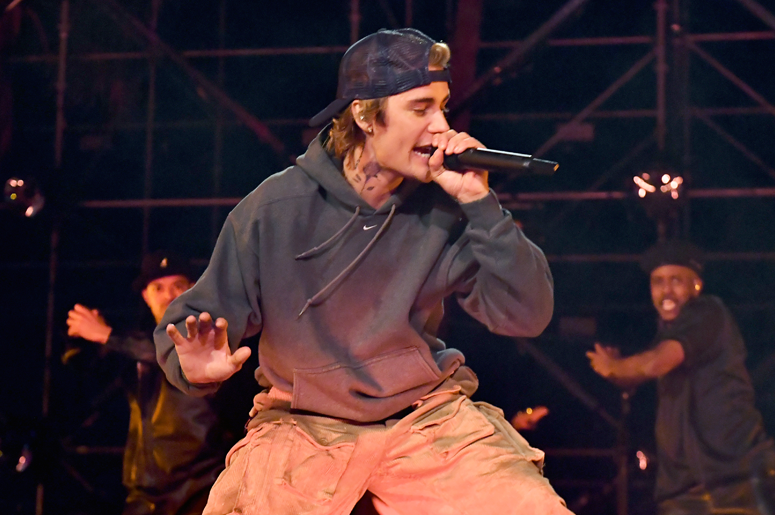 For those of us who enjoyed the many shirtless scenes of Justin Bieber in his latest music video for “Anyone,” we now also have a behind-the-scenes look at all the went into to making the Colin Tilley directed movie-like visual.

The “Anyone (Montage)” opens with an introduction from Bieber followed by a bit of him teasing Tilley for his horrible singing voice. Throughout the rest of the clip, Justin lets us in on everything from the tattoo covering process, which apparently requires them all to be painted red first -- who knew?

In addition, we got to see the shirtless make up application that went into those realistic looking bruises and gashes. Also featured is the shirtless popstar sharing off-camera laughs with his co-star Zoey Deutch, as well as his entourage, including wife Hailey Bieber. As for the shadowboxing beach scenes, we now also know that it was in fact Zoey driving the truck Justin was playfully racing with.

Other outtakes show Deutch playfully punching Bieber's shirtless tattoo-less abs, and the crew celebrating the end of the long shoot. Need we say more, what are you waiting for? Watch “Anyone (Montage)” below.