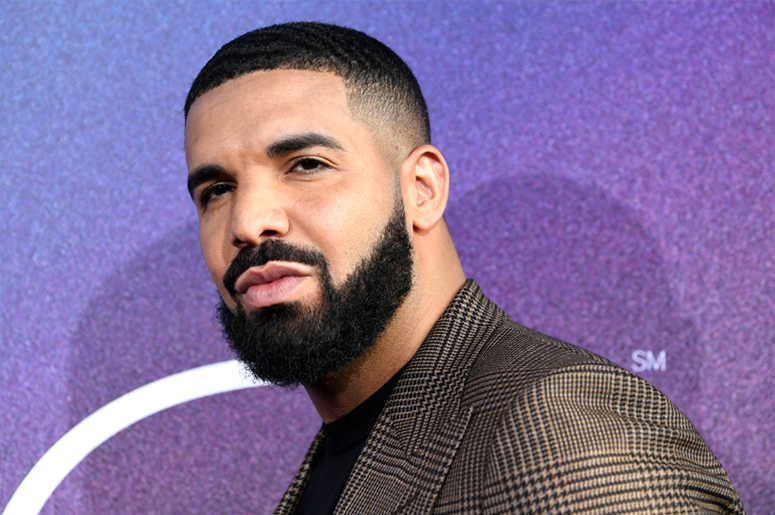 With the impending due date of his much anticipated album Certified Lover Boy, Drake found a way to distract us from the wait by leaving us shook with a change in his appearance.

Honestly, we vowed to never speak ill of Drake, but as we can never unsee this image, exceptions will have to be made.

Sporting his signature shaved heart shape, the pic featuring “BIG #MOOD” written across it, has Drake giving us some major side swoop Bieber vibes, and we are so not about. Offering a whole new meaning to “Laugh Now and Cry Later,” we’re not sure if its just the new do or the combo of that with a grown man making a duck face, that has us questioning life itself.

Being us, we couldn’t just let this go, so after a bit of digging we learned that Drake could possibly have had no involvement in this disgraceful matter. Rumor is it’s either a leaked close friends IG story screenshot or that it is photoshopped. We’re hoping it’s the latter, and would also request to deport whoever did the photoshopping, to Canada of course. Okay fine, that’s probably a little dramatic, we’ll chill.

Regardless of our feelings about it, the photo is making its rounds, and as to be expected the memes and mocking posts have already reached peak hilarity. Checkout a few along with Drake’s new do below.

why drake giving nene leakes with this hair... pic.twitter.com/B94tTuE2i7

Ex girl, she the female version of me pic.twitter.com/MBlMHNfcPI

Okay fine those kind of make it better, still we’re hoping this is all just a terribly cruel joke, and that Certified Lover Boy drops sooner rather than later to make us feel better.