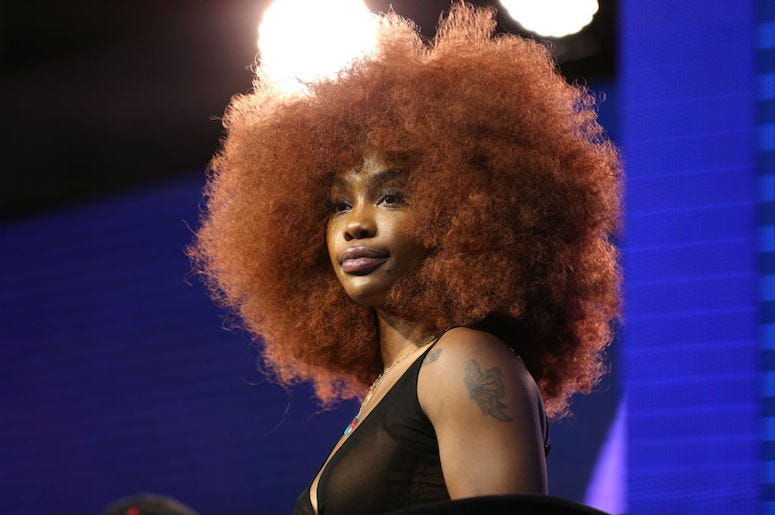 In an interview with Cosmopolitan, the R&B singer said she never planned on becoming a GRAMMY-nominated artist.

"I’m just a girl from the ’burbs. I never had dreams of being nominated for a GRAMMY" says SZA, as the magazine's February cover star. "I thought I was going to be a gymnast and a business accountant somewhere. Or working at Nike corporate or some [place] in Portland. Who knows, but something that involved a power suit. Once you’ve been nominated and lost, you’re very much free because you’re not concerned. I passed that threshold years ago -- it’s an old energy to me. Why would I be mad?"

As for new energy, SZA is looking ahead to the "Good Days" as she prepares her sophomore album.

"This album is going to be the [thing] that made me feel something in my...here and in here," she continues. "That’s what’s going to go on the album. I'm making all different types of [music] every day from different places in my spirit."

The "Hit Different" singer believes now is the time to share more of herself after 2020 "forced me to restructure."

"Right now, more than ever, I’m just figuring it out -- who I am and what I want that to be," SZA says. "Before, it was more about letting people know that I was a good writer and that I shouldn’t be counted out. And now, it’s more, 'You have power; you can shape the world based on the things you genuinely care about."