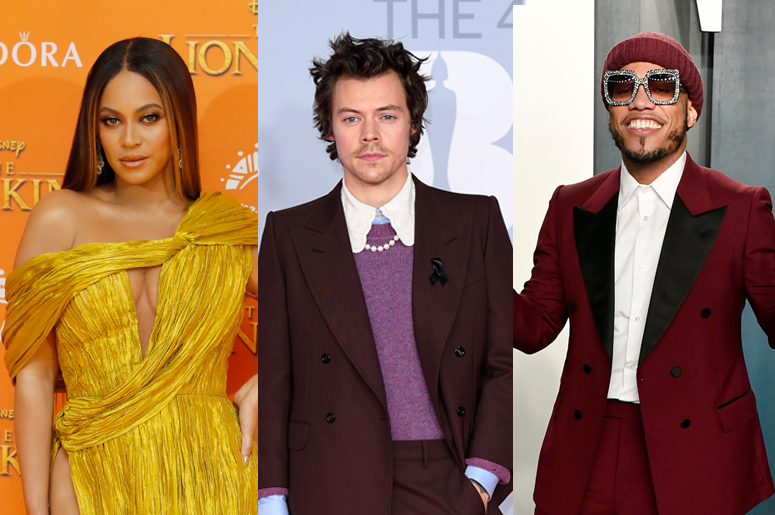 While the GRAMMY noms or lack there of, has sparked quite a public difference of opinion since being announced, the one thing we’re sure we can all agree on, is that music videos make us happy.

Therefore we thought we’d take a closer look at the nominees for this year's Best Music Video.

Now more than ever creative expression is key, and as times evolve so does visual experimentation. Music videos are just one way for musicians to  bring us into their world and show us what they had envisioned when creating the song. As the Recording Academy put it, “The Best Music Video category continues to honor the most stunning, striking and moving music videos the year has to offer.” And this year’s nominees have really pushed the aesthetic limits of storytelling with relevant social statements, and truly innovative art.

Following in the footsteps of past past winners and visionary music video pioneers like Peter Gabriel, Madonna, Lady Gaga and OK Go. Below are the nominees for this years Best Music Video.

Have you ever wondered what life would be like if Drake and Future were just your everyday average Joes, working a shmegular 9 to 5? Yeah, us either, but to be honest it was beyond hilarious to see. In this video Drake and Future are clearly in some type of alternate universe, where they work as garbage men, salesmen at an Apple alternative, Peach (insert wink emoji), as car mechanics and employees at a fast food chain. We also see them putting in work as some IT workers as well as chefs, all of which is weaved in between the musicians as their true selves, dancing on what we can only assume to be an astronomically priced light up dance floor. What’s not to love?

With “Lockdown,” three-time GRAMMY winner Anderson .Paak brings to light the what occurs in the shadows of the the Black Lives Matter movement, while reflecting on unemployment and COVID-19. In the dark yet enlightening visual .Paak examines the quite and tense truths of rising against political injustice, and honors the lives and tragic deaths of George Floyd, Breonna Taylor and far too many others at the hands of police brutality.

They say if you love someone, you should set them free. Not sure if when they said that, they would have imagined it to be represented by Harry Styles and a miraculously ever-growing fish. Making quite the unlikely pairing, throughout the visual Styles shows his adoration to an iridescent fish who keeps outgrowing makeshift tanks while longing to return to the open sea. While Harry longs to maintain the companionship, he ultimately comes to the conclusion that he must let his, at this point, abnormally large fish go.

Most likely the least familiar of all the nominees, Woodkid’s music video for “Goliath,” is also unlike anything you've seen before. In the visual, Woodkid transports both himself and us viewing to an industrial dystopian construction zone where massive, maniacal, mechanical machinery carves away at the earth. Pulsing to the rhythm of the tune, the debris feeds into what Woodkid despondently discovers to be a large pit out of which rises a gigantic, fiery, rising blob. Told ya, it’s different.