In 1987, Aerosmith regained their footing with Permanent Vacation featuring the classics “Rag Doll” and “Dude (Looks Like a Lady).” And since it was the 80s, there was also the requisite power ballad.

The Boston rockers far from mailed it on “Angel,” however. They might have gotten their start in the 70s, but the yearning track helped them elbow their way into Motley Crue / Bon Jovi / Def Leppard territory without losing their identity. 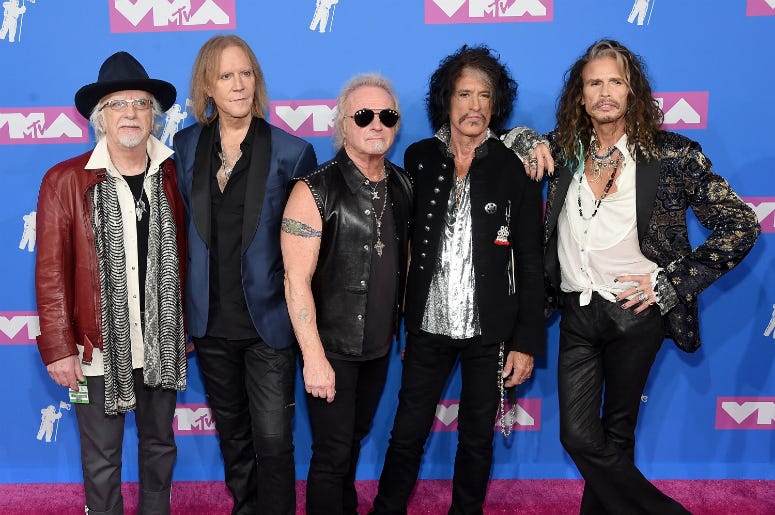 Aerosmith hasn’t played “Angel” in its entirety since 2011, according to setlist.fm, but they teased the crowd with the intro at their Vegas residency show on June 27. The band shared high quality video of the performance on YouTube.

“We surprised the crowd with this one at a recent #DeucesAreWild show,” the band wrote. “What would you like to hear next run?”

That next run begins September 21 and runs through October 8 on select dates. Go back in time for the full performance of “Angel” below.