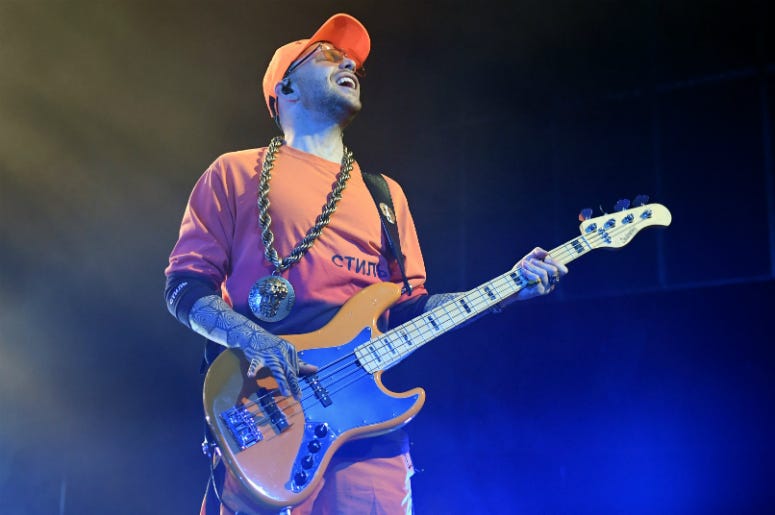 Ben McKee of Imagine Dragons has been inking up in recent months and he keeps going back for more.

Let’s start in March when the bassist posted a picture of himself showing off two elaborately detailed sleeves connected by more body art that spans his entire upper chest and beyond. And there was a reason for the transformation.

A closer look at some of the detail:

Now a few months later, McKee extended one of the sleeves to the tip of his fingers, again with the help of famed tattoo artist Dillan Forte. There was a reason for this too and it’s really far out. We’ll just let Forte explain.

“I dipped @benmckee’s fingers into the psychedelic geometric realm,” he wrote after this quote from writer Graham Hancock: “It may be that DMT makes us able to perceive what the physicist call ‘dark matter’- the 95 percent of the universe’s mass that is known to exist but at present remains invisible to our senses and instruments.”

And as you can see below, McKee's other sleeve already extended to his hand.

Fans with front row seats at an Imagine Dragons concert will surely be keeping an eye on McKee. The "Thunder" band only has one live performance left on their 2019 calendar though after performing during NFL hall of fame induction weekend.