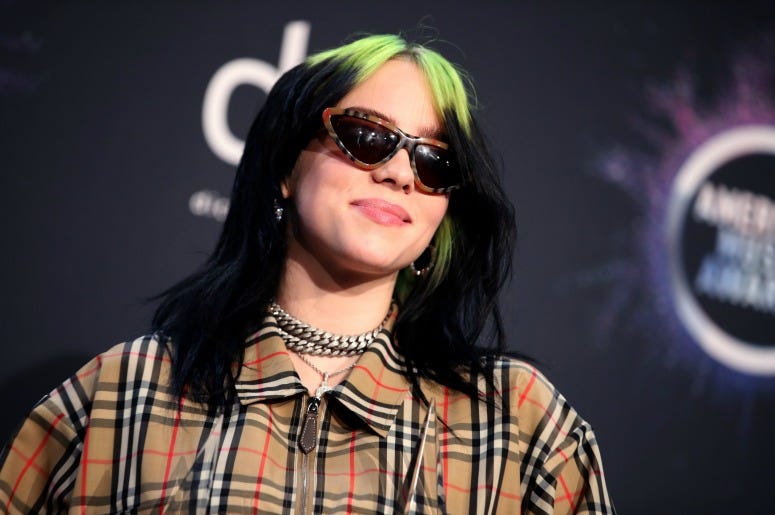 There’s no better time to be Billie Eilish. The “bad guy” singer is almost everyone’s top artist of 2019 and a record-breaking GRAMMY nominee, plus her vegan lifestyle is easier now than it has ever been.

In a new interview with Variety, Eilish talks about the struggles of being vegan on tour but admits that there’s now more options, and more people here to help. “It was really hard at the beginning. The first tours we did I used to lose weight because I never got to eat,” she confesses. “It was not my choice. It’s just like, we couldn’t eat anything almost ever. Especially in Europe.”

“But now we kind of gain weight when we’re on tour because we have so many people and their whole job is to get us food, and make sure that we’re fed and happy and stuff” she laughs. “Going to so many new places, I think it’s a really good time to be vegan in life, cause there’s a lot of places.”

Success does mean more options, but Eilish has also benefited from a shift in thinking about the vegan diet. More choices are available everywhere, even in Europe.

Speaking of options, there’s plenty out there to watch and listen to, but for Billie the standby will forever be The Office. A superfan of the show, Eilish tells Variety that she doesn’t even need to watch the show anymore to enjoy it.

“Because I’ve seen it so many times I have all the scenes memorized,” she says. “If I hear the audio I know, I’m picturing what the scene is.”

“Yesterday I had my phone lying face down on my bed and I was drawing, and it was just the audio from The Office. I was listening to audio,” she laughs. “My Dad came in and was like, ‘what is this?’”

You can check out more from Billie Eilish in the interview above. The now 17-year-old star is a six-time nominee for the 2020 GRAMMY Awards.