It’s been a busy period of quarantine for the boys in Blink-182 and there doesn't seem to be any way of stopping them from putting in the work.

Mark Hoppus has been saving wild animals, ex-band member and Angels & Airwaves frontman Tom DeLonge revealed that "of course" he would play with the band again at some point, and the current lineup has teased that they’re recording new music while under lockdown.

Now the band’s producer, John Feldmann of Goldfinger fame has said that the guys are currently “getting in touch with their roots” during their latest recording sessions and are already working on some "classic Blink" tracks. 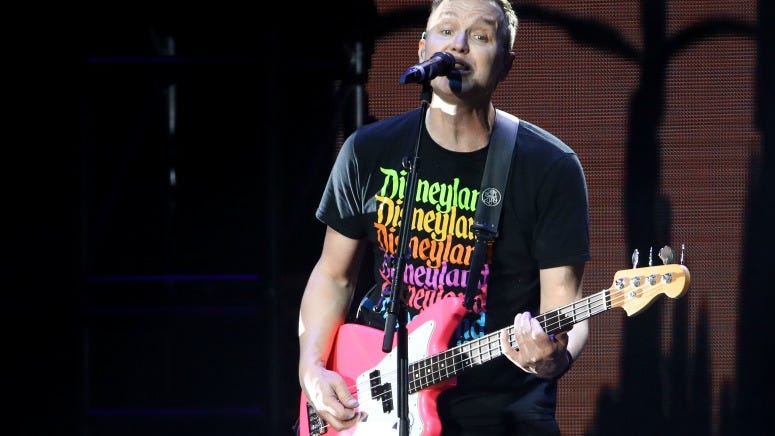 "The band has definitely been getting in touch with their roots. The songs we have been working on have been super classic blink and I can’t be more excited," he told RockSound.tv in a recent interview.

Feldman explained that with their last album, Nine the band “wanted to experiment with a bunch of different sounds and programming and push the envelope forwards. They didn’t just want to remake California which I totally understand as artists not wanting to just redo an album that was so successful for them.”

“Nine was a really experimental record and I’m really proud to have been a part of that album. I think with whatever is going to come next is definitely more roots for them.”

Finishing touches on a new song are currently being tweaked, apparently, and should arrive sooner rather than later. “This week, Brian Lee and I produced a Blink song and recorded it,” said drummer to the stars Travis Barker in an interview with Spin magazine last week. "We actually have a song called ‘Quarantine’ that will be out in the next two weeks."

It seems the need to take it back to where it all began is fresh in the minds of the San Diego punks. For fans ready to take the ride, be sure to check out the band's throwback to the early 2010’s in celebration the 182nd day of the year with limited edition, limited availability vinyl and merch from their self-released Dogs Eating Dogs EP.