Blink-182 have returned with their first music since 2019's NINE and they've come with the thunder. Clocking in at just over two minutes, "Quarantine" sees the high-octane Blink you know and love on full display, with hilarious lyrics that you'll be quoting until there's a vaccine at the very least.

Recorded while under lockdown, Mark Hoppus sings, "Quarantine, f*** this disease, I’d rather be on Star Tours or stuck at the DMV. Quarantine, no not for me, I thought that things were f***** up in 2019. F*** quarantine."

According to Exclaim, the band's latest member Matt Skiba is not on this new track which is credited to Hoppus, Travis Barker and co-writer Brian Lee. 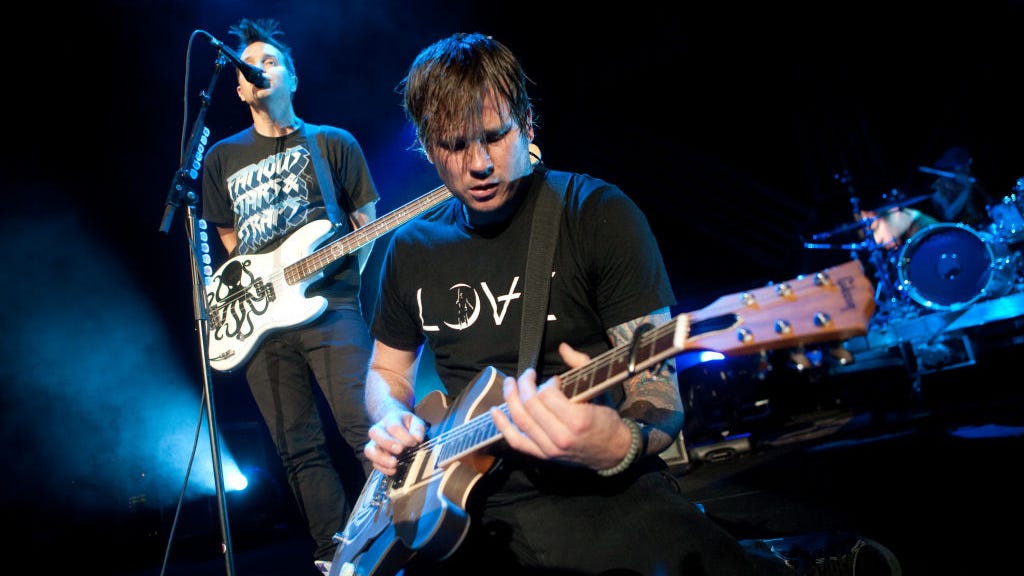 Tom Delonge Says 'Of Course' a Blink-182 Reunion Will Happen

Back in July, we learned that the band was getting back in touch with their roots while recording new music, and this track definitely has a late ''90s/early 2000s snotty-punk vibe to it. Prior to that we heard from former frontman Tom Delonge who admitted at the time, "of course" there would be a reunion with all of the original members at some point.

With Skiba off of this recording, could Tom's return be coming sooner rather than later? Stay tuned...