Bring Me The Horizon wouldn’t have found out about their first GRAMMY nomination any slower if it came via a piece of paper stuffed in snail mail.

The Recording Academy was excited to recognize the British alt rockers’ stellar work on “MANTRA," the hard-charging single that was first released in 2018. But most of the members of BMTH were too busy to notice. Keyboardist Jordan Fish tried to spread the word about their nod for Best Rock Song, but he didn’t have much luck. 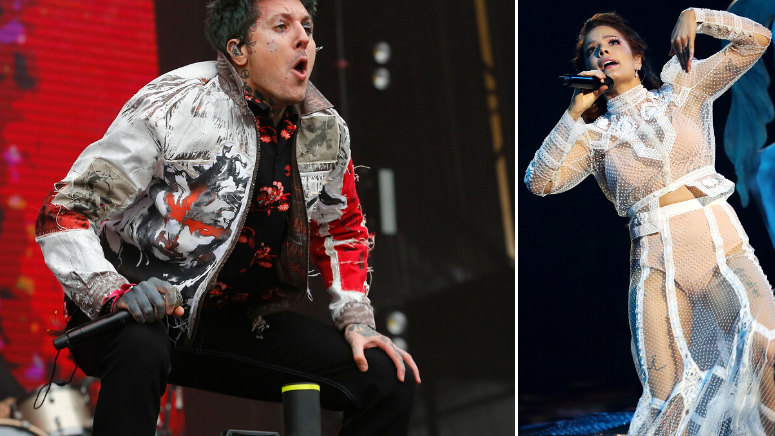 “As soon as I got it I tried to phone everyone,” he told RADIO.COM. “I literally rang each person. No one answered and I thought ‘what’s going on?’”

“I think you ended up phoning my dad,” frontman Oliver Sykes chimed in. “When we heard we were nominated for a GRAMMY, me and (bassist) Matt (Kean) and (guitarist) Lee (Malia) were all together at my clothing line warehouse in Sheffield. We were signing about a million CDs. I think we found out the same time as the rest of the world did; we had no heads up or anything.”

Kean says he does recall an email coming at one point from a Recording Academy representative whose name he hilariously mispronounces. You’ll have to watch the video at the top for that one.

BMTH was bested by St. Vincent at the 61st GRAMMY Awards, but they’ll have another shot this year. “MANTRA” ended up on 2019’s amo, which is nominated for Best Rock Album at the 62nd GRAMMY Awards.

WATCH MORE: Bring Me The Horizon Talks About the Polarizing amo