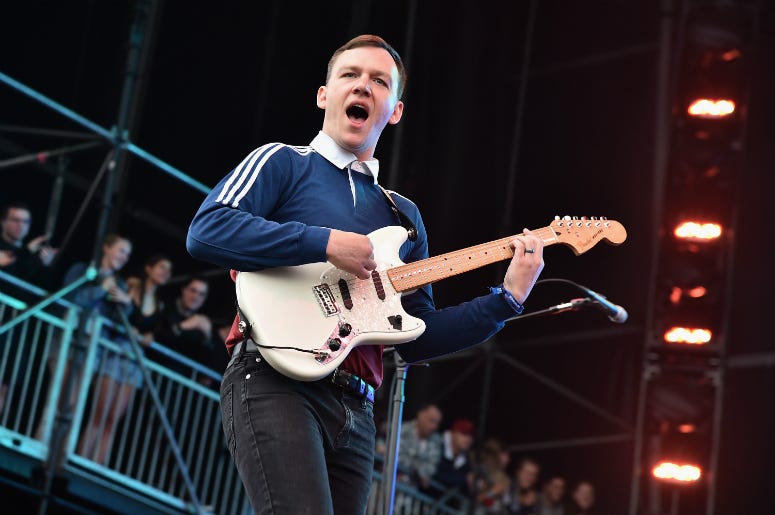 The Cage the Elephant family is growing. Guitarist Brad Shultz and his wife Lindsay welcomed a baby boy into the world.

Julian James Shultz is the couple’s second child, and the band shared a picture of the little guy on social media.

One fan pointed out that John Lennon has a son named Julian, which inspired Paul McCartney to write “Hey Jude,” so now it only makes sense that Cage the Elephant cover the Beatles classic.

Cage the Elephant, meanwhile, is looking to win its second consecutive Best Rock Album GRAMMY in January. The band took home the honor for 2015’s Tell Me I’m Pretty, and is nominated this year for their follow-up Social Cues.

Cage has been touring fairly consistently since their fifth studio album was released in April, and they have more work to do before the end of the year. The “Cold Cold Cold” band is hot hot hot as they get ready to headline RADIO.COM station WNYL’s “Not So Silent Night” in Brooklyn and RADIO.COM station KROQ’s "Almost Acoustic Christmas" in Anaheim.