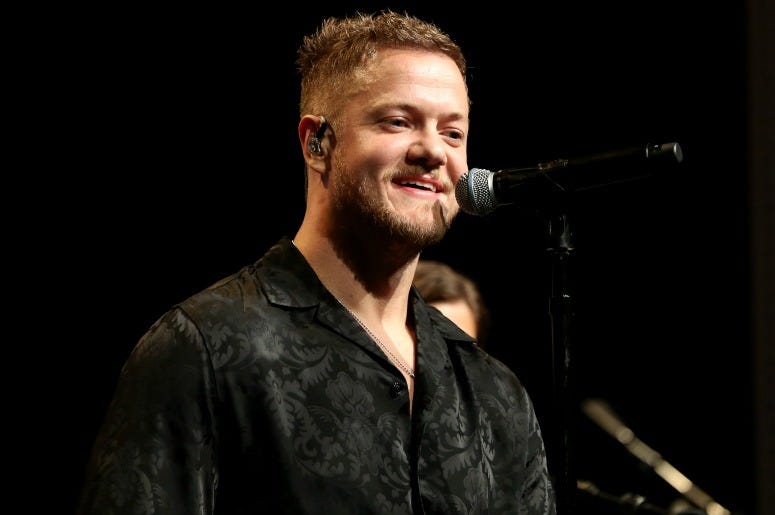 After a decade of non-stop grind, relentless touring, and four albums in six years, Dan Reynolds of Imagine Dragons is ready to take a break and shift priorities.

The singer shares in a new interview with CNN, that the time has come to focus on being a husband and father. "We're trying to take some time off right now just to reconnect with family and friends. And I mean, we were on the road for really a decade straight. So all of us were just wanting to rediscover what it means to be, you know, a dad or a friend or a son," he tells CNN.

"Especially because I had a newborn and our guitarist has a relatively new child as well, so we're trying to just be dads and then, you know, when the itch comes up, I'm sure we'll be back out on the road pretty soon."

All of that hard work has paid off, with Imagine Dragons having the biggest Rock song of the decade according to Billboard, and two of the top five Rock albums since 2010.

In October, Reynolds and his wife Aja Volkman, welcomed their first son. The Las Vegas native named him Valentine, meaning strong, as he arrived on the 2nd anniversary of the devastating shooting at the Route 91 Harvest Festival in his hometown.

Valentine joins the family with 7-year-old daughter Arrow and 2-year-old twins Gia and Coco. Reyonlds and Volkman are also recently reconciled, with their own struggles making up much of the band’s latest album, Origins.

"So we went through a separation for six months and then, we got back together,” Reynolds reveals about his relationship. "Relationships, sometimes they work out, sometimes they don't and they're difficult and it's a struggle. But we have chosen to stay together and love each other and continue to fight for our relationship."

Reynolds is enjoying spending time with his family, going to career day at school and taking his kids to Disneyland, but there will always be music happening somewhere.

"I'm always writing music, since I was 13 years old. I would wake up almost every day and work on music so that's still happening," Reynolds tells CNN. "I wake up and it gives me an excuse to go into a room by myself and be in a place, you know, solitude and create art and that brings me a lot of peace."