Indie pop duo The Bird & The Bee like to pay tribute to their favorite artists in between albums of original material. Their unique slant on Van Halen’s music will be released tomorrow, and Dave Grohl helped them bring “Ain’t Talkin’ ‘Bout Love” to life a few days early on The Late Show.

Eddie Van Halen’s signature riff is given the synth treatment by Greg Kurstin, before Grohl comes in on restrained drums. Vocalist Inara George adds her interpretation as she sings the opening verse: “I heard the news baby. All about your disease. You can have all you want baby. But I got something you need.” 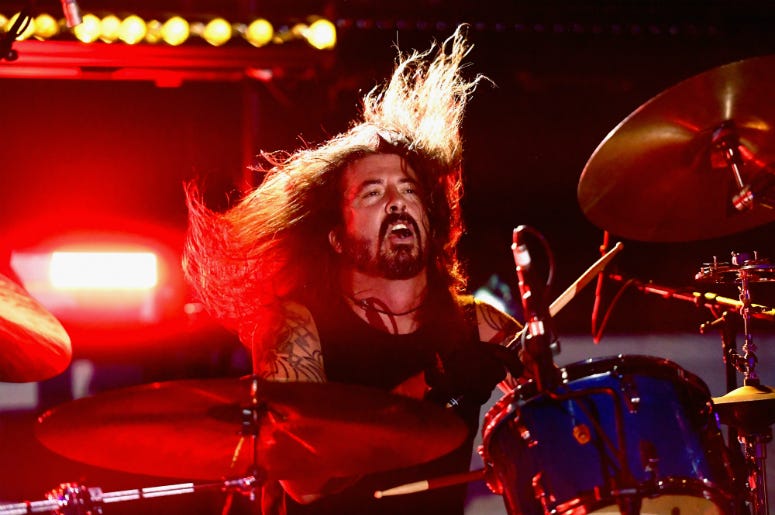