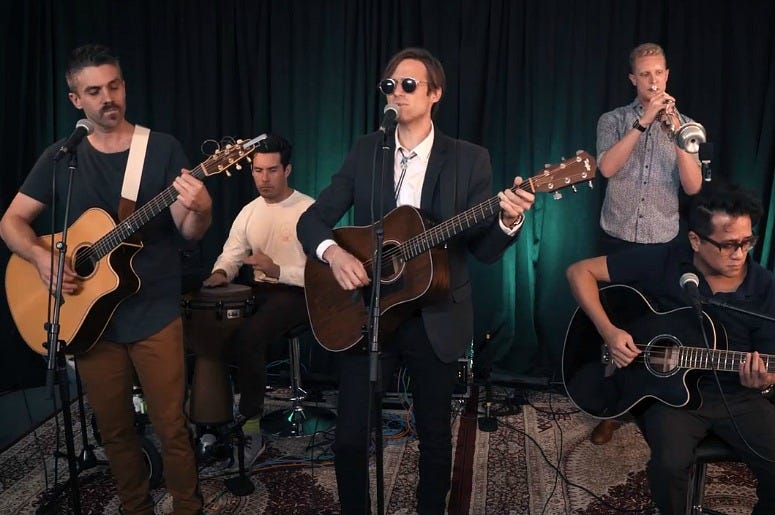 Saint Motel has been our type for quite some time.

That sparkling voice of A.J. Jackson over the dreamy soundscape of the band, is snapping with pop delight and brings classic sensibility into a new era. The music of Saint Motel has always been seducing and simmering with a bit of edge and something incredibly captivating.

Earlier this year the band released The Original Motion Picture Soundtrack: Pt. 1, the first of three EPs on their way to a new album arriving in 2020. It finds the group on their game, once again pushing the familiar through their unique filter, coming up with unshakeable anthems built for now.

Saint Motel has joined RADIO.COM for a special performance, taking three songs from the EP down to their bones for an intimate performance. You can check them out below.

After helping support twenty one pilots on tour earlier this year, the band is due back on the road for a headlining run starting in January. You can find the full list of upcoming tour dates for Saint Motel here.