Frank Iero and his band, which he now calls the Future Violents, sat down with some acoustic guitars, strings, keys and some electronic percussion, and stripped down three songs from his new solo album for an exclusive RADIO.COM performance.

“Basement Eyes,” “Young and Doomed” and “Miss Me” may have been unplugged, but they retained all of the fervor that was laid down on tape for Barriers. 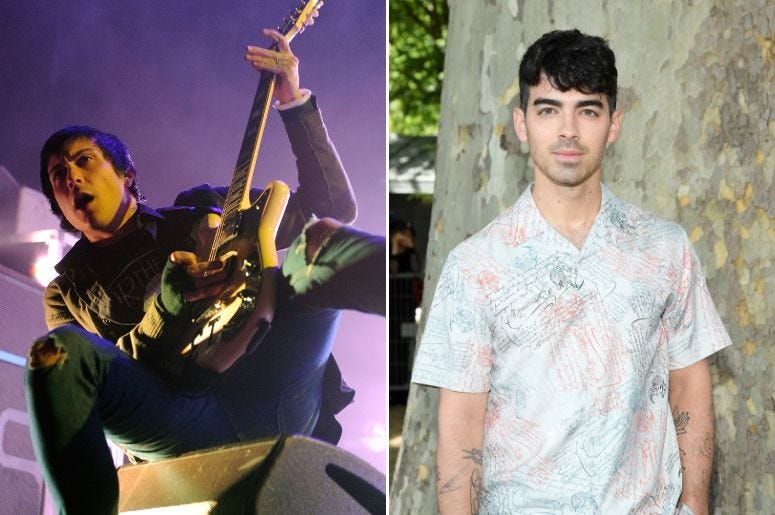 After calling his band the cellabration for his 2014 album and the Patience for his 2016 album, Iero went with the Future Violents for this one.

Iero has said changing names is all about mindset, and it was a scary accident in Australia in 2016 that affected influence him while he was creating the new LP.
The former My Chemical Romance member was hit by a passenger bus and dragged while unloading a van for a show.

“The accident definitely ignited the dialogue for Barriers. It made me recognize things in my life that I’d been shying away from out of fear,” Iero told The Alternative earlier this year. “Concept-wise, I’d say the album is about doing what scares you, falling down, getting up, and doing it again. I hope people listen to the record, digest the content, and realize that failing again and again leads to the greatest results when you succeed.”

Iero went deeper into his unique songwriting process in a recent post on Instagram: “Often songs take shape when I’m just playing a progression I like and humming nonsense over it until I find a melody or vocal sound that hooks my ear,” he explained. “I’ll often get locked into a vowel sound and that dictates the lyric. “I remember one instance when recording Barriers, I kept hitting a road block on one song vocally and Steve said why not just change that one word? And I replied it’s not that easy, It’s gotta have an ‘ah’ sound and he looked at me like i was totally nuts.”

It all came together on Barriers though. It’s available everywhere.