The Red Hot Chili Peppers have played everywhere from the small clubs of their beloved LA, to the Great Pyramids in Egypt; they’ve even been known to show up and perform at their kids’ schools. This past summer, the band also rocked Japan with their performances at Summer Sonic 2019, with more dates on the schedule for the band that’s barely slowed down since forming in 1983. 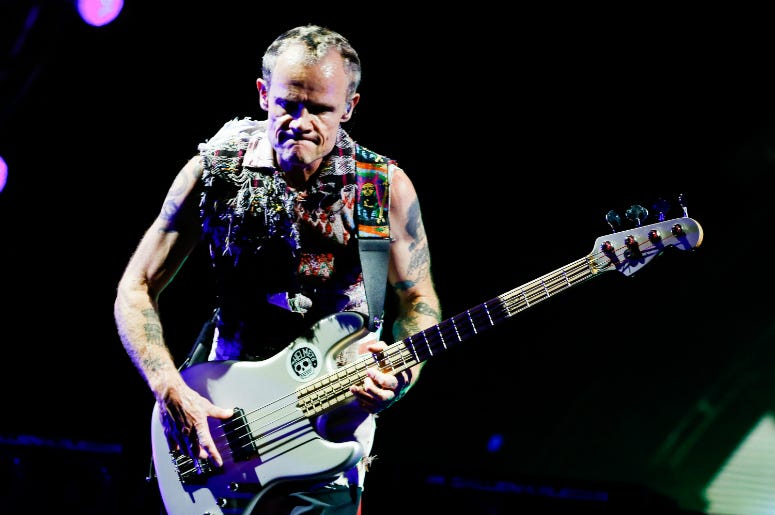 Concertgoers can be pretty much guaranteed they’re going to hear something from each of the Peppers’ 90s prime albums of Blood Sugar Sex Magik, Californication and By the Way. Songs from that trio of LPs make up 9 of their top 10 most-performed songs of all-time, according to a nearly complete accounting of shows by setlist.fm.

So what song have the Red Hot Chili Peppers played the most in their career? Scroll though the list below to find out.

The second single from their 1999 album "Californication."

Also from "Californication," this single confronts the ongoing battles addicts have with their former addictions.

A song that includes the lyric "supercalifragilistic" and whatever Anthony Kiedis is saying at the end.

The third song from their 1987 album "The Uplift Mofo Party Plan" is an ode to the band's friends, especially their former guitarist Hillel Slovak.

This distinctive single from 2002's "By the Way" isn't just one of their biggest hits, but it has an awesome video that looks like a cross between skate video outtakes and a tripped-out IKEA visit.

This is considered one of the most representative examples of the new melodic sound the band pursued on "Californication," the album that "Scar Tissue" is on.

The band didn't originally plan to have this be the first single from the album of the same name. But, as guitarist John Frusciante explained, "Our managers thought it was an exciting song and their enthusiasm convinced us. I guess they thought that it combined the wild part of our sound with the melodic part of our sound."

This song is one of the band's most popular, and has appeared in almost every setlist since its live debut.

This song from their fifth studio album "Blood Sugar Sex Magik" became a critical and commercial success, and peaked at number two on the Billboard Hot 100 behind Kris Kross' hit "Jump."