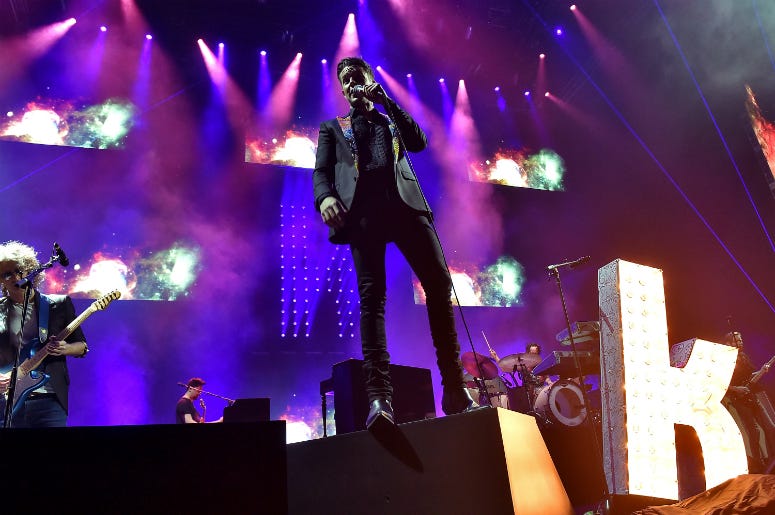 The Riptide Music Festival powered by Ford returns to Fort Lauderdale Beach this weekend, with The Killers set to close things out on Saturday night. This two-day RADIO.COM event brings the biggest names in Alternative to the sunniest side of Florida, and there is perhaps nobody better to close out night one than our old friends from Sam's Town.

Brandon Flowers and the crew recently announced their sixth album, Imploding The Mirage, is due out in Spring of 2020. As one of their last shows of the year, it might mean we get to hear something new from the band. That's still left to be seen.

In the meantime though, we've crunched the numbers to see what songs we are most likely to hear on Saturday night. These are the songs that The Killers have played live the most, and the best indicator of what to expect at Riptide Music Festival.

From 2008's Day & Age, frontman Brandon Flowers came up with the melody for the verse on a flight to Panama.

From 2008's Day & Age, the song includes the notoriously misheard lyric "Are we human? Or are we dancer?"

From their 2004 debut Hot Fuss, it's a fan favorite despite not being a single.

From 2004's Hot Fuss, Flowers has called it a very personal song.

From 2004's Hot Fuss, Flowers has said the track was influenced by U2 and David Bowie.

From 2004's Hot Fuss, it's their debut single and still always gets turned up in bars.