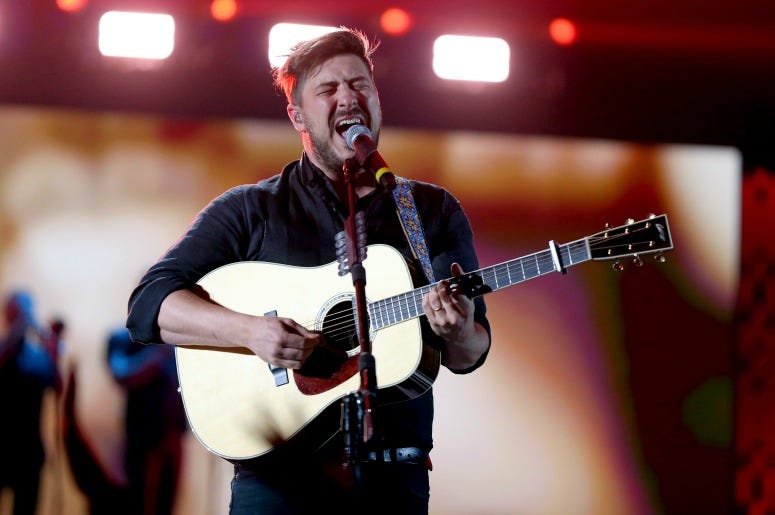 It’s been 10 years since Mumford & Sons made their debut, with Sigh No More arriving in October of 2009. The first strums of “Little Lion Man” still feel frozen in time, as the band has continuously broken new ground over the past decade.

The latest chapter is Delta, the band’s fourth album which has carried them through 2019 and around the world. Another step forward personally and sonically for a band that’s already accomplished so much, including a GRAMMY for Album of the Year.

Before the group closes out another successful year, they will headline RADIO.COM and ALT 92.3’s Not So Silent Night at Barclays Center on Thursday December 5. As they get ready to take the stage along with Vampire Weekend, Cage the Elephant, and more, let’s take a look back at the songs Mumford & Sons have played live the most.

A plucky and emotional ballad from Babel that builds as only a Mumford song can.

One of the oldest songs from the band, and still one of the most gripping. Arriving in 2009 on the band's debut.

I literary nod to John Steinbeck and the power of choice.

A perfect slice of storytelling from the band's 2009 LP.

Arguably Mumford & Sons most popular song, and still a chest-beating anthem all these years later.

A bluegrass banger with a wink and a skip in its step.

One of the most epic climbs in the whole catalog, "Lover of the Light" remains a standout moment of any Mumford show.

The tune that launched it all and a melody that's been unshakable ever since.

There's some songs that are more popular, some we have more emotions tied into, but this is quintessential Mumford & Sons bursting out of every note.

RADIO.COM and ALT 92.3’s Not So Silent Night happens at Barclays Center on Thursday December 5. You can find more information here.